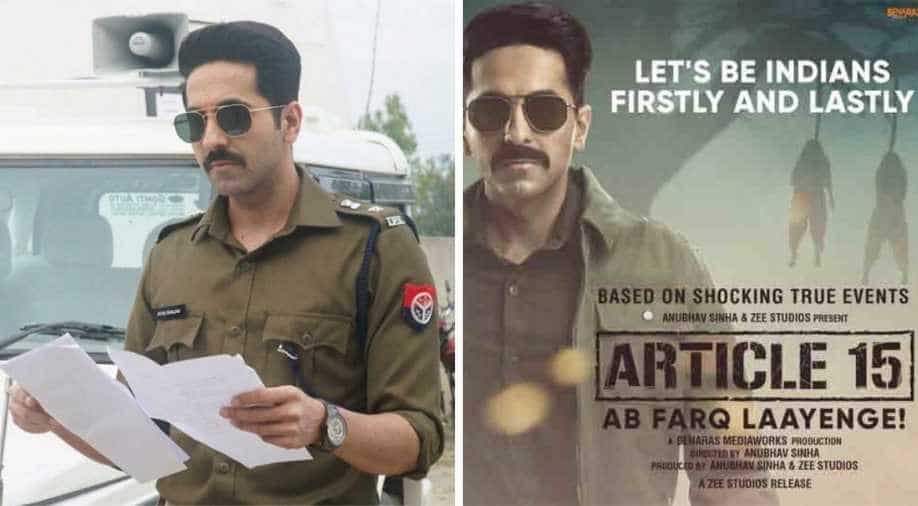 The film, that minted Rs. 5.02 crore on its first day, managed to collect a total of Rs. 20.04 crore in its opening weekend. Read our review of the film here.

Indian film critic and trade analyst Taran Adarsh shared the box office collection of the film on his Twitter handle. Adarsh noted that the film saw a healthy weekend, with ample amount of growth on its second and third day.

However, the film was affected by Shahid Kapoor`s latest release 'Kabir Singh', which is still going strong at the box office and the fact that it was leaked online two days after its release.

The film, which opened to positive reviews, managed to rake in Rs. 5.02 crore on its opening day. It collected better numbers on Saturday with earnings of Rs. 7.25 crore and recorded similar numbers on Sunday, minting Rs. 7.77 crore.

The film, directed by Anubhav Sinha, highlights the caste discrimination in the country through a mix of various incidents.

The film's title derives from Article 15 of the Indian constitution, which prohibits discrimination on grounds of religion, race, caste, sex, and place of birth.

The film, produced by Benaras Media Works, released on June 28.