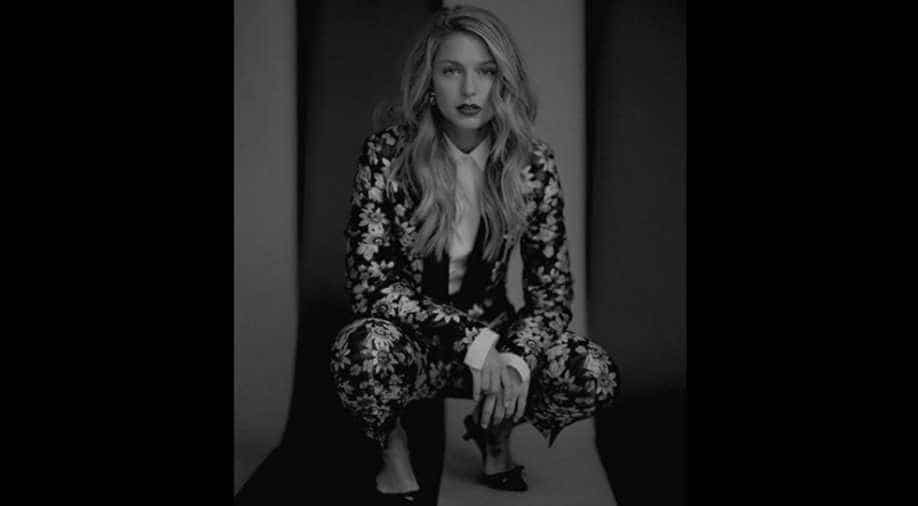 Melissa wrote, "I developed an astonishing poker face. Inwardly I was the ugliest version of myself I had ever known."

It has been a good couple of days for American actress-singer Melissa Benoist who took to social media to share her domestic abuse story and in turn was showered with love and support from her fans and followers.

Melissa shared details of her abusive and violent relationship on Instagram after which she saw an outpour of love and support.

The 31-year-old wrote, "So I don't normally do things like this but I've written something that I want to share. I'm gonna read it out loud, and I'm quite nervous so bear with me. I am a survivor of domestic violence or IPV (intimate partner violence), which is something I never in my life expected I would say, let alone be broadcasting into the ether."

"I developed an astonishing poker face. Inwardly I was the ugliest version of myself I had ever known. I became unreliable, unprofessional, sometimes unreachable. There were stretches of weeks where I wouldn't get out of bed for more than two hours a day. If you met me at this time, I was most likely friendly, just to the point of getting close and aloof to the point of getting cold," she continued.

The long and winding road of healing and reconciliation has brought me to this moment where I feel strong enough to talk about my experience openly, honestly and without shame. By sharing my story, hopefully I can empower others to seek help and extricate themselves from abusive relationships. Everyone deserves to be loved void of violence, fear and physical harm. @futureswithoutviolence

Among many supportive messages, the co-creator of her show ‘Supergirl’ wrote on Twitter, "If it can happen to #SUPERGIRL it can happen to anyone. So proud of @MelissaBenoist for speaking about her experience. #IPV."

Actor Rachel Zegler also tweeted in her support and wrote, "I adore you, Melissa Benoist. you are strong and beautiful and loved."

Melissa, in a video, described her abuser without naming him but did mention that he was her partner for some time and was younger than her. She also mentioned in the video that "breaking the cycle was the most rewarding, empowering choice" and that this experience has taught her what real love is and isn't and the amount of strength that she carries within herself.

She ended the note with, "I feel an enduring strength and I will be healing from this for the rest of my life."