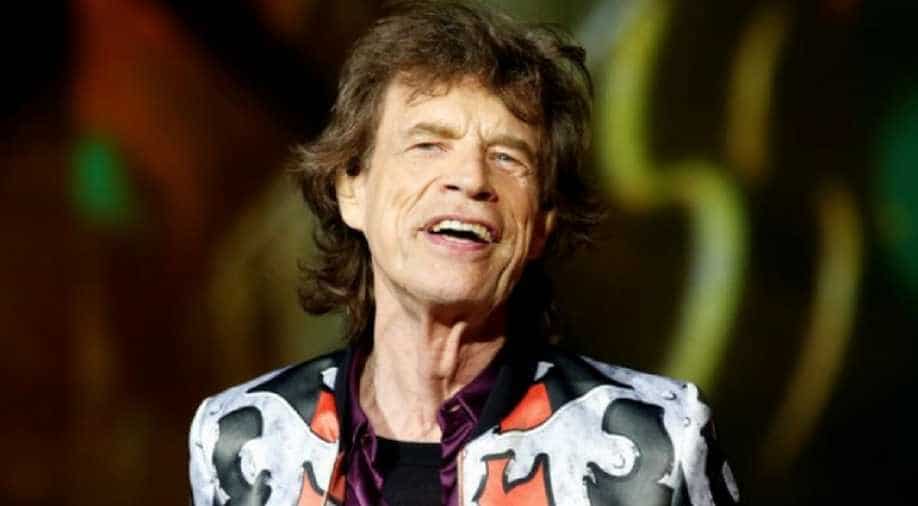 Rolling Stone magazine reported Monday that the singer is to have heart valve surgery. Drudge Report said the operation would take place on Friday in New York.

Rolling Stones fans around the world got a fright Monday after reports that their idol Mick Jagger was to have heart surgery later this week.

The iconic British band put back the North American leg of their "No Filter" tour Saturday saying the 75-year-old rocker was to receive unspecified medical treatment.

There has been no official information about the veteran frontman's condition other than the group's declaration on Twitter that "Mick has been advised by doctors that he cannot go on tour as he needs medical treatment."

With fans taking to social media to say they were praying for Jagger, the band tried to dampen fears by adding that "Mick is expected to make a complete recovery so that he can get back on stage as soon as possible."

Rolling Stone magazine reported Monday that the singer is to have heart valve surgery. Drudge Report said the operation would take place on Friday in New York.

Jagger himself tweeted that he was "devastated" to delay the tour of 17 shows in the US and Canada that were due to start later this month and run until June.

"I will be working very hard to be back on stage as soon as I can," he added. "I really hate letting you down like this."

Jagger, who has eight children, five grandchildren and a great-granddaughter, has maintained his energetic stage performances well into his 70s.

- 'Home in a day or two' -
Doctors said that if the surgery goes well, Jagger could be back on his feet relatively rapidly.

Heart surgeon and US television presenter Dr Mehmet Oz said "about 10 per cent of people at his age have a problem with their aortic valve which can lead to chest pain and dizziness.

"About 50 per cent of people who have the problem will die in a couple of years if they don't have the surgery," he added in a video posted on Twitter.

He said traditionally the operation has been done with open heart surgery but "new techniques allow us to do these procedures with minimal invasion with a catheter (tube). You can sneak your way up there and replace the old value with a new one.

"This allows the person to be back home in a day or two. (It also) halves the time of recovery going back to full exercise and activity."

Oz said the other valve which also frequently requires surgery is the mitral value, which is further into the heart.

He said the procedures to repair or replace it were similar.

- Fright for fans -
Heart valve problems had until recent years meant serious open heart surgery. But surgeons can now introduce a new artificial valve inside a stent by making a small incision in the groin and passing it through the femoral artery.

David Tillier, head of the Stones' fan club Sympathy for the Devils, told AFP that the way the news leaked out had given fans a fright.

"Clearly the medical checkup (before the tour) revealed something. But if what we are reading now is true, that is quite reassuring, because heart valve surgery is now rather commonplace."

Jagger's fellow Rolling Stones Keith Richards and Ronnie Wood, who have had their share of health problems, took to Twitter to calm fears.

"A big disappointment for everyone but things need to be taken care of and we will see you soon. Mick, we are always there for you!" Richards said.

Wood wrote, "Here's to Mick," adding a muscle emoji, and thanked fans for "your supportive messages. It means so much to us."