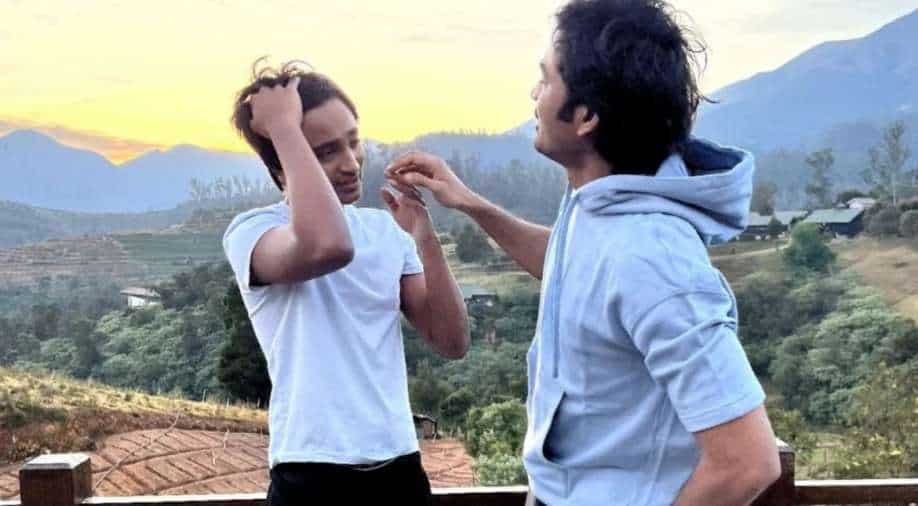 Dhanush posted a photo of himself and his son Yathra Dhanush as they share a sweet moment in Ooty.

Dhanush has finally broken a long dry spell at Instagram and shared a post. This is his first post since he announced separation from wife of 18 years, Aishwaryaa Rajinikanth.

Dhanush posted a photo of himself and his son Yathra Dhanush as they share a sweet moment in Ooty. The actor is currently busy shooting for his upcoming psychological thriller ‘Naane Varuven’ directed by his elder brother and filmmaker Selvaraghavan.

The photo runs with the caption: “Now , where have I seen this before ? #yathradhanush .. #naanevaruven,” with multiple hearts and hug emojis. In the picture, Yatra can be seen fixing his hair while Dhanush looks at him.

Dhanush and Aishwarya Rajinikanth announced their separation on January 17. The former couple have two sons, Yatra Raja and Linga Raja.