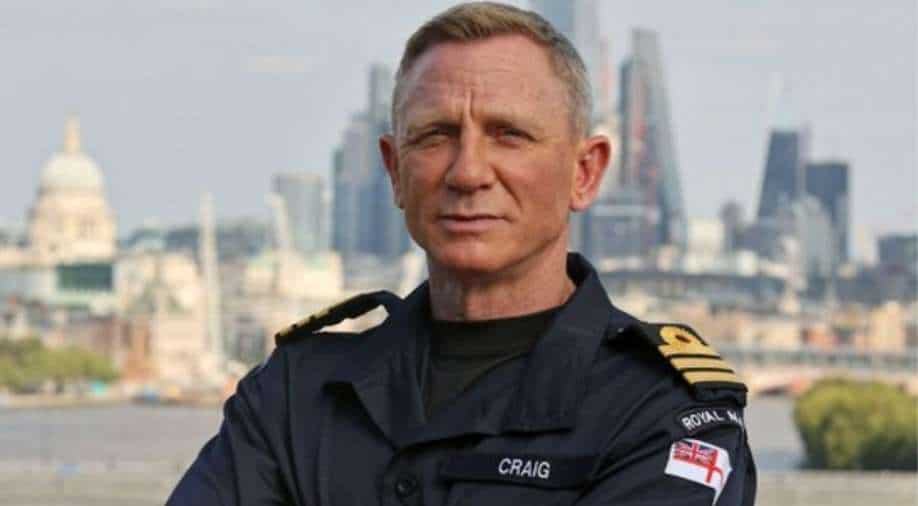 Daniel Craig has been been given an honorary title by the British Royal Navy Photograph:( Twitter )

Days ahead of the theatrical release of his new James Bond film 'No Time To Die,' Daniel Craig has been made an honorary Commander in the British Royal Navy.

Days ahead of the theatrical release of his new James Bond film 'No Time To Die,' Daniel Craig has been made an honorary Commander in the British Royal Navy.

Craig will play 007 one last time in the 25th James Bond film which is scheduled to release on September 30.
Interestingly, the actor’s new rank is the same as that 007 holds in the films.

Honorary naval officers in Britain are public ambassadors for the armed forces.

According to a statement posted on the official 007 page on Twitter, “Commander Craig is keen to support personnel with the Royal Navy, with a particular interest in service families.

“I am truly privileged and honoured to be appointed the rank of Honorary Commander in the senior service,” said Craig in a statement.

First Sea Lord Admiral Sir Tony Radakin said in a statement, "I am delighted to welcome honorary Commander Daniel Craig to the Royal Navy. Our honorary officers act as ambassadors and advocates for the Service, sharing their time and expertise to spread the message about what our global, modern, and ready Royal Navy is doing around the world."

"Daniel Craig is well known for being Commander Bond for the last 15 years – a Naval officer who keeps Britain safe through missions across the globe.

“That’s what the real Royal Navy does every day, using technology and skill the same way as Bond himself. I look forward to him getting to see more of our sailors and marines over the coming months and years."

This isn't the only connection between the British armed forces and the James Bond franchise.

Also read: James Bond film 'No Time To Die' to release in India on this date

The Warship HMS Dragon makes an appearance in the trailer of 'No Time To Die'.

Also in the film is RAF Brize Norton, in Oxfordshire, which stands in for a NATO airbase in Norway where Bond joins MI6 allies and later boards a C-17 Globemaster.

'No Time to Die' is scheduled to have its world premiere in London on September 28th while it will get release in most countries including India on September 30. In the US the film opens on October 8.

Also see: Who will be the next James Bond? Five possible contenders