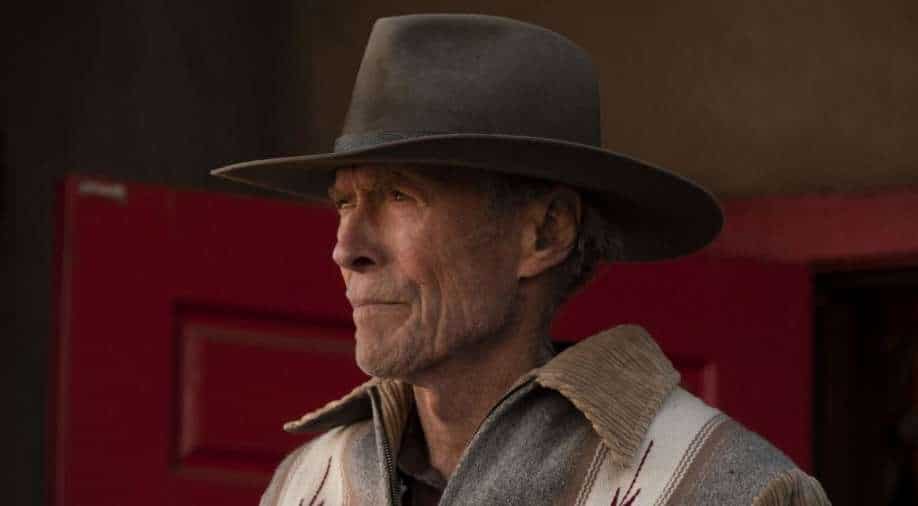 Mike Milo is a former rodeo rider and horse trainer — an ornery old cuss with a complicated past and a soft spot for children and animals. He’s a grouch but also a professional, with a deep knowledge of his craft and a flinty sense of honor. To put it in simpler terms, he’s played by Clint Eastwood.

Mike Milo is a former rodeo rider and horse trainer — an ornery old cuss with a complicated past and a soft spot for children and animals. He’s a grouch but also a professional, with a deep knowledge of his craft and a flinty sense of honor. To put it in simpler terms, he’s played by Clint Eastwood.

Eastwood also directed “Cry Macho,” in a stripped-down, laid-back style that perfectly suits Mike’s approach to life. Sometimes in Eastwood’s films — going all the way back to “Play Misty for Me” — there’s daylight separating filmmaker and star, a palpable, if often-subtle difference of perspective between the laconic, narrow-eyed man on screen and the sly, adventurous artist behind the camera. This time, maybe not so much. Which is just fine.

Mike has a risky job to do, but he approaches his duties with no particular urgency, preferring to drive slowly and take in the scenery. Eastwood, notionally committed to doing something in the angry-dad revenge-rescue genre, uses the plot (supplied by Nick Schenk and N. Richard Nash’s script, based on a novel by Nash) as an excuse for a leisurely excursion through a picturesque landscape. Mike is on a mission, yes, racing the clock and pursued by dangerous hombres on both sides of the law. But that doesn’t prevent him from rolling into a quiet Mexican hamlet and remarking to his companions, “This looks like an interesting town. Let’s check it out.”

Those companions are a 13-year-old boy named Rafo (Eduardo Minett) and Rafo’s prized fighting rooster, Macho, a noble bird who gives the film its title and its theme. Rafo, abandoned by his Texan father and abused by his Mexican mother, is attached both to Macho and to an ideal of tough, strutting masculinity. One of Mike’s tasks is to offer, by precept and example, an alternative way of being a man. Nothing too soft, mind you — this is still Eastwood we’re talking about — but a more patient, less furious approach to life.

“This macho thing is overrated,” Mike says. “You think you have all the answers, but then you get older and realize you don’t have any. By the time you figure it out, it’s too late.” What that amounts to is a benign form of fatalism, a humility that the rest of the movie upholds. The button-pushing and liberal-baiting that flared in “The Mule” and “Richard Jewell” aren’t much in evidence here, and the canonical Eastwood persona — the avenger of innocence who dwells in legal and moral gray zones — is in a state of semiretirement. There is evil in the universe, but it might not be entirely his problem.

The opening scenes suggest otherwise. Rafo’s father, Howard (Dwight Yoakam), a big-shot Texas rancher and Mike’s former boss, dispatches Mike to Mexico to collect the boy. Although Mike doesn’t much like Howard, he feels a sense of obligation, since Howard helped him get back on his feet after a series of personal tragedies.

Once across the Rio Grande, Mike finds Howard’s “nutcase” ex-wife in her bedroom and their son at a cockfighting ring. It’s 1980, by the way. The existence of GPS, cellphones and heavy security on the United States-Mexican border would spoil the atmosphere. Mike, Rafo and Macho light out in a series of Detroit junkers — mostly stolen, though nobody seems to mind — pursued by Mom’s nasty boyfriend and the occasional federales.

Now and then, Mike calls Howard from a pay phone. The whole project turns out to be more complicated than it seemed at first. “Don’t trust anyone” is Rafo’s mantra. That may be too sweeping, but “Don’t trust anyone played by Dwight Yoakam” is a pretty good rule of thumb. As the old man, the boy and the chicken make their way down the highway, you can anticipate the turns the story will take.

But not quite. The twists arrive, but not with the impact you might expect. What started as a thriller takes a long detour into the pastoral as car trouble strands our travelers in a quiet village with a sweet cantina run by a widow named Marta (Natalia Traven). She and Mike get up to some heavy “Bridges of Madison County”-style flirting, while Rafo spends time with one of her granddaughters. There are some wild horses that need breaking, and other animals to look at, and whatever else needs to be dealt with can just wait awhile.

Maybe this will make you restless. Maybe you want car chases, gunfights, quotable catchphrases and somber meditations on violence, justice and the American West. If so, there is a whole Eastwood filmography to peruse. This one is something different — a deep cut for the die-hards, a hangout movie with nothing much to prove and just enough to say, with a pleasing score (by Mark Mancina) and some lovely desert scenery (shot by Ben Davis). If the old man is driving, my advice is to get in and enjoy the ride.