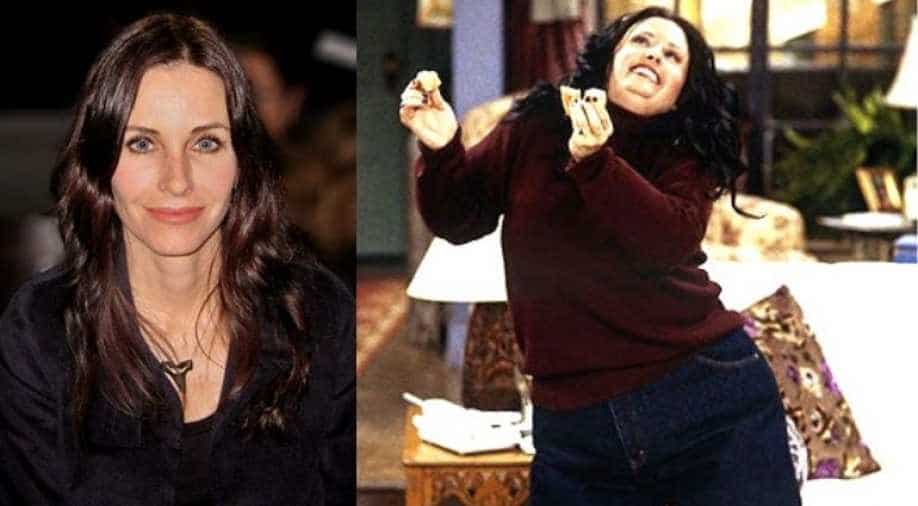 The actress, in a recent interview with Ellen Degeneres, revealed that she realised she did not remember a lot of the details while watching the show.

You are not the only one who is binge-watching 'Friends' amid coronavirus pandemic. Actress Courteney Cox, who played Monica Gellar in the hit TV show, too has been binge-watching the show.

The actress, in a recent interview with Ellen Degeneres, revealed that she realised she did not remember a lot of the details while watching the show.

Cox also said that her favourite episodes were all the Thanksgiving episodes and that she enjoyed playing the fat Monica Gellar in the flashback episodes the most.

"I loved playing overweight Monica because I felt so free.I could dance… like you (DeGeneres) and just sit up and dance and have no problem at all. I did love it. Those are really good episodes," explained the actress to DeGeneres.

The actress also confessed that she didn't remember a lot of the details. "It’s really sad but I didn’t remember at all,” she confessed.
"And people ask me all the time will you do a quiz, or play this game where you see who knows the characters the most... I don’t remember!

Even @CourteneyCoxOfficial is bingeing "Friends." She’s on tomorrow!

“I remember the people and I remember specific things that happened, but my memory is not great when it comes to fun times. I only remember pain I think.”

"So I started watching. I’ve been bingeing it. It’s really good it turns out!”

'Friends' wrapped up in 2004 after 10 successful seasons.

Earlier this year, the cast had announced that they would be filming an unscripted reunion episode.  The episode was to air in May and fans were excited to watch their favourite friends come together after a very long time. The filming had to be postponed due to the COVID-19 outbreak but sources close to the actors have stated that they are still planning to film a reunion episode albeit virtually.