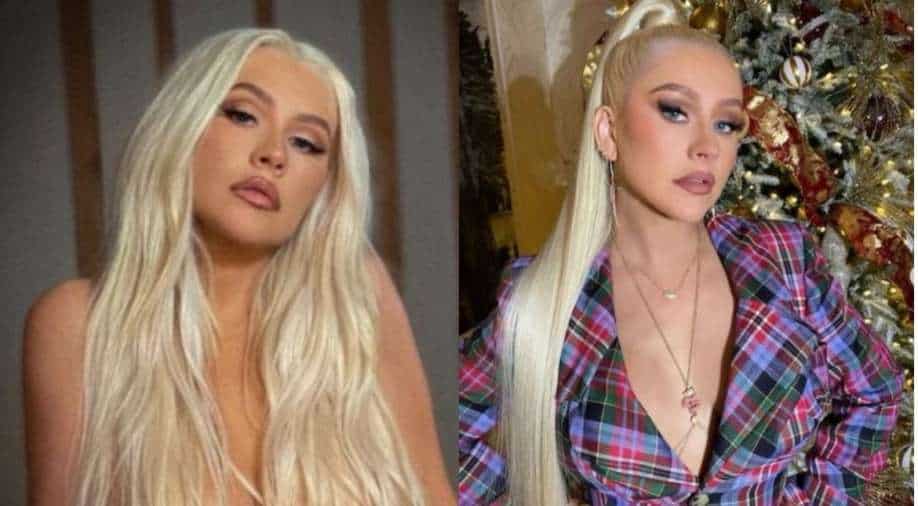 Christina Aguilera posed for a series of topless photos to promote her September 11 appearance at the LadyLand Festival in Brooklyn New York.

It was throwback Saturday for Christina Aguilera fans as the singer decided to take inspiration from one of her iconic album covers to promote her upcoming performance.

The singer, 40, posed for a series of topless photos to promote her September 11 appearance at the LadyLand Festival in Brooklyn New York.

Aguilera gave her 2002 album 'Stripped' a nod as posed topless dressed a pair of jeans and used her long, blonde hair to cover her breasts.

Some fans found similarities to the cover image of her 'Stripped' album and one of them said, "Stripped cover flashback."

Another wrote gushed, "SERVING US STRIPPED."

Aguilera's fiance Matthew Rutler, commented, "Ummmmmm I am going to be there. Especially after seeing this."

The pop superstar's upcoming headlining set at the one-day event is her first New York show in three years. She had last performed for a sold-out crowd at Radio City Music Hall in 2018.