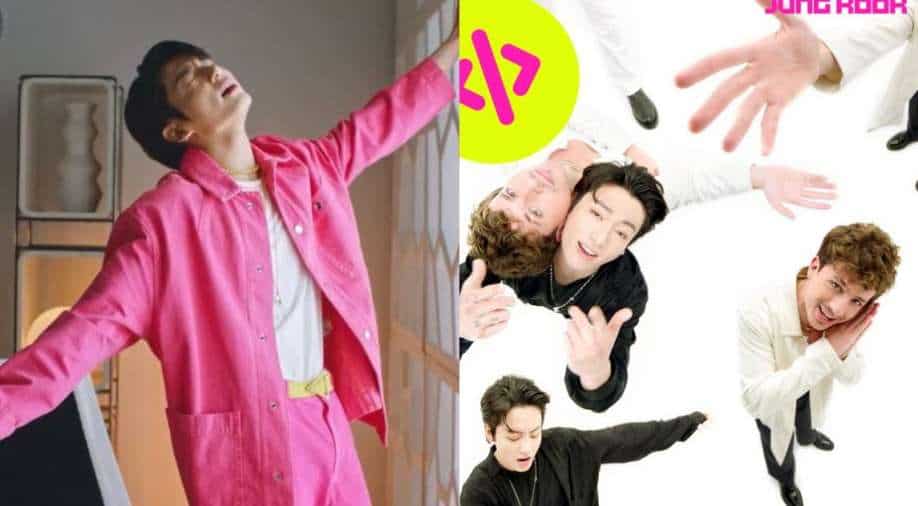 'Left and Right' music video is out now! Watch Charlie Puth and BTS' Jungkook groove to the peppy number.

K-Pop star Jungkook from popular boy band BTS has collaborated with singer Charlie Puth for a groovy and peppy number. The duo has dropped their single 'Left and Right' on YouTube and fans are super excited to see the two share screen space.

The track is both colourful and soothing and that's exactly what the fans expect from the two musical geniuses.

In the 2-minute-long video, they are seen displaying their bromance while crooning the upbeat love song. Dressed in matching outfits, the two looked every bit handsome in the music video.

This track is special because it marks the first major collaboration by a BTS member outside the band ever since the group announced that they are taking a break as a group to concentrate more on their solo projects.

Also read: Who is Khaby Lame? All you need to know about the most-followed TikTok star

Meanwhile, fans of the two stars took to social media to react to the song. One wrote, "Damn this is masterpiece Left & right Droped on Spotify where is the mv #LeftandRight Jungkook's voice #Jungkook @BTS_twt #bts #CharliePuth. (sic)"

Another wrote, "I think we can all agree that #Jungkook the cutest little bunny on earth #CharliePuth #LeftandRight #JungkookxCharliePuth. (sic)" And, one Twitter user said, "I lost it here... lol... the MV for #LeftandRight by #Jungkook and #CharliePuth is so good! So funny and hot! Go watch if you haven't yet! (sic)"

I lost it here... 🫣🫣🫣 lol ...the MV for #LeftandRight by #Jungkook and #CharliePuth is so good! So funny and hot! Go watch if you haven't yet!#JungkookxCharliePuth @BTS_twt @charlieputh pic.twitter.com/TaTtxVD1De

I'm voting for #LeftandRight by #CharliePuth ft. #Jungkook of #BTS as My Trending Song Choice
42