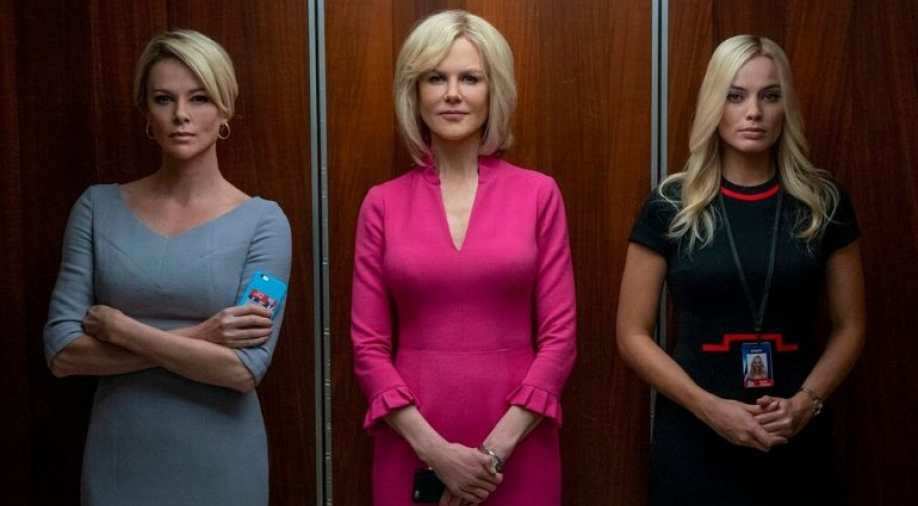 Based on a real-life incident- that brought down Fox Network's CEO Roger Ailes in 2016, 'Bombshell' is spirited story with powerful performances by its lead- Charlize Theron, Nicole Kidman and Margot Robbie.

The release of 'Bombshell' is timely. It comes at a time when women across the world are finally ending years of silence and calling out sexual predators. Based on a real-life incident- that brought down Fox Network's CEO Roger Ailes in 2016, the film is spirited with powerful performances by its cast.

Directed by Jay Roach, the film takes viewers inside Fox headquarters and gives a glimpse of the power corridors of one of America's biggest broadcasting channels. Roger Ailes( John Lithgow) is a shark who understands news like no one else does and is attributed for created the Fox empire. But he is also a predator who takes sexual favours from aspiring news anchors before handing over primetime shows. It's an open secret in Fox but things start going haywire when former employee  Gretchen Carlson(Nicole Kidman) files a case of sexual harassment against Roger tainting his image.

Initially, female anchors of Fox rally around Roger and give him a clean chit- at least in front of the media. Except for star anchor Megyn Kelly (Charlize Theron) who despite being asked by the top management to speak in support of the boss remains silent. Kelly has reasons of course. She too had been harassed by the man very early in her career and in the recent past was not given enough support when she faced criticism for calling out Presidential candidate Donald Trump's misogyny.

There is also assistant producer Kayla Pospisil(Margot Robbie) who wants to impress the top management to get her spot on prime time. But she soon realises the price one has to pay to be in front of the camera.

While the film is based on multiple incidents that took place behind closed doors of Roger Ailes's office, the narrative keeps the focus on the conversations more than the incidents. The actors are all terrific and form the pillars of the film. Kidman plays the gutsy Gretchen Carlson who knows the kind of powerful people she is taking on but still is confident enough to go ahead and file a lawsuit.

Theron takes on the role of Megyn Kelly well - she is observant, sharp and knows her worth. Robbie, on the other hand, exudes a certain amount of innocence that is typical of newbies in the newsroom. She is aspirational, but her myth about media breaks in a moment when Roger tells her to lift her skirt up in order to find her place in the studio. Both Theron and Robbie have earned nominations at the upcoming Golden Globes 2020 and both stand a strong chance at winning the best actress and best-supporting actress awards respectively.

Charles Randolph's detailed screenplay ensures that people get a glimpse of the power politics that dominates newsrooms and the depiction of a bustling news channel is quite apt where everyone is just looking out for themselves and not the others. A little less than two hours, the film's narrative keeps you hooked from start to finish even though you know the outcome of the story.

The film was greenlighted only after Roger Ailes died in 2017 as Jay Roach took on the project.

'Bombshell' wins primarily because of the performances and is a grim reminder that when women decide to speak out loud, things change for good.