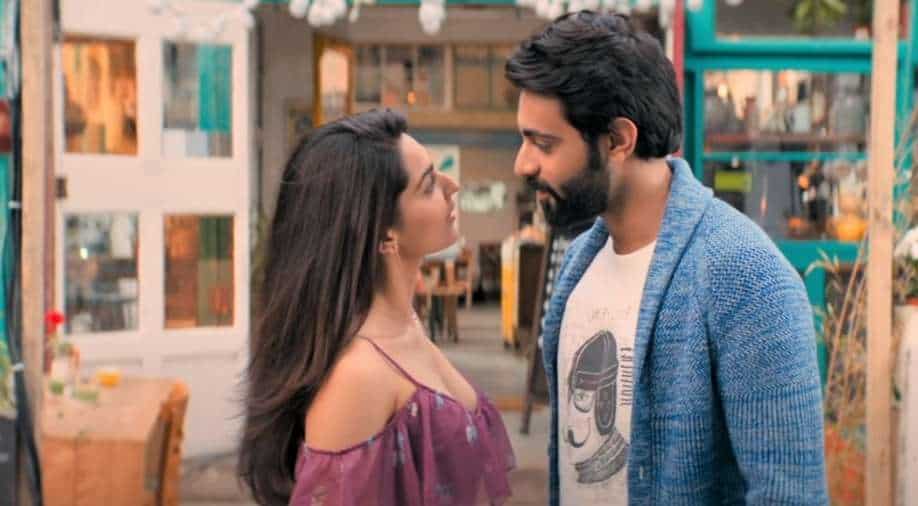 Taranveer Singh got into a candid chat with WION discussing his first Bollywood film that is backed by Sanjay Leela Bhansali Productions and is a classic romantic comedy with “twists and turns”.

Elated with the responses, Taranveer Singh got into a candid chat with WION discussing his first Bollywood film that is backed by Sanjay Leela Bhansali Productions and is a classic romantic comedy with “twists and turns”.

On why he took up a romantic comedy as his debut film, Taranveer Singh said, “Anyone who knows me, they would be shocked if they heard I was making anything other than a romantic comedy because my friends call me walking talking rom com. I have been in love with the genre. It is my guilty genre I have grown up on films like ‘Love Actually’, ‘Notting Hill’."

“I wanted to explore the same genre that I felt I understood but wanted to present it with my take on it. Most of these films talk of young love/first love but I wanted something for the millennials, people in their early 30s and late 20s who have been through their first love, second love and come with a certain baggage. So the villain in their life is not societal pressure nor the family but they themselves. I wanted to make a film for those who have moved from being hopeless romantics to reluctant romantics. This is a story of two reluctant romantics,” he added

Taranveer is hopeful that the film will connect with an audience looking for a “sweet romantic film” that serves a “breath of fresh air” amid all the recent lot of thriller, drama releases. “I have been a fan of rom-coms all my life -- all Yash Chopra and Karan Johar films. This is my take on those films but with a little twist. A new voice with a new story set in a new world.”

But why did he not choose to use that voice with the support of seasoned actors? “Maybe having established names and stars might have made it easier to promote the film but this is my first film. I think I would have gotten intimated in the filmmaking process while working with the stars. So having two newcomers was a level playing field. We had the same goal of making the film look good and we went out of our way to make stuff happen,” said the first-time director.

Taranveer Singh’s film is backed by Sanjay Leela Bhansali and he still can’t believe that the Bhansali Productions have bet their money on this film. “I am still shocked that he’s produced the film. When I heard that he was even considering the film, I didn’t quite understand why he’d back a film like this which is so unlike his style. I am super thankful he decided to put his name on it. It's not his world and yet he gave a chance to a new filmmaker and two new actors. I just hope we have made him proud.”