Shahid Kapoor: Went to everybody like a beggar after 'Kabir Singh' released 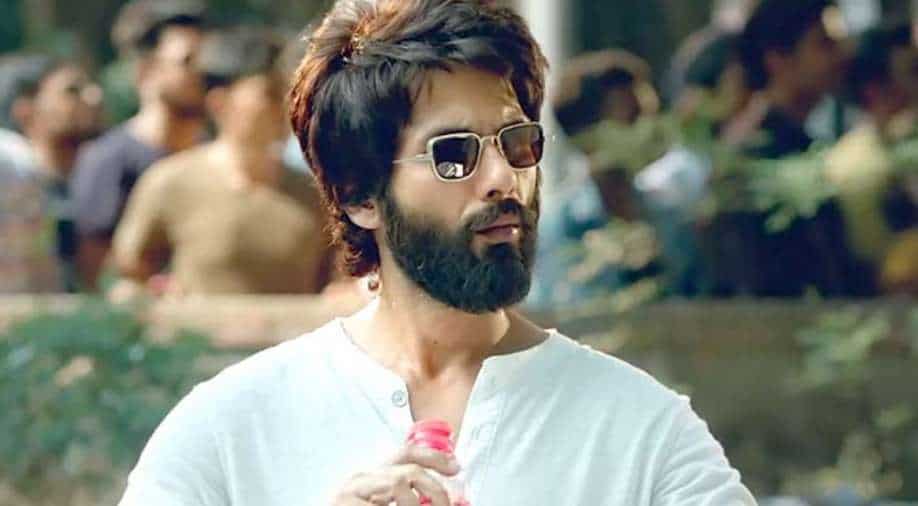 Shahid Kapoor in a still from his 2019 monster hit 'Kabir Singh' Photograph:( Instagram )

Directed by Gowtam Tinnanuri (who had directed the original as well), the Hindi remake of Telugu film 'Jersey' was originally scheduled to release on August 28.

Bollywood megastar Shahid Kapoor talked to the Indian media during the trailer launch of his latest movie 'Jersey' on Tuesday and spilled some beans about his life post the success of his monster hit 'Kabir Singh' (2019).

"After Kabir Singh released, I went like a beggar to everybody. I went to all these people who've made these 200-250 crore films. I've never been a part of this club, so it was completely new to me. Having spent 15-16 years in the industry, I never had such a huge grosser. So, when it finally happened, I didn't know where to go, it was all new to me," he told the media while talking about the success of 'Kabir Singh'.

Also read: 'Blinding Lights' by Weeknd is no 1 on Billboard Greatest of All Time Hot 100

Shahid's latest film, 'Jersey', is the Hindi remake of the Telugu hit by the same name. It chronicles the story of a cricketer who returns to the pitch in his 30s and becomes a part of the Indian cricket team.

Directed by Gowtam Tinnanuri (who had directed the original as well), the film was originally scheduled to release on August 28.

However, it was pushed because of Covid-induced restrictions. 'Jersey' will now release on December 31. It stars Shahid Kapoor, his actor father Pankaj Kapur and Mrunal Thakur in pivotal roles.

Also read: 'Trolls 3' will be releasing globally on this date

Shahid Kapoor was last seen in 2019's mega hit 'Kabir Singh' opposite Kiara Advani. The film was a remake of the Telugu hit 'Arjun Reddy' starring Vijay Deverakonda in the lead role.