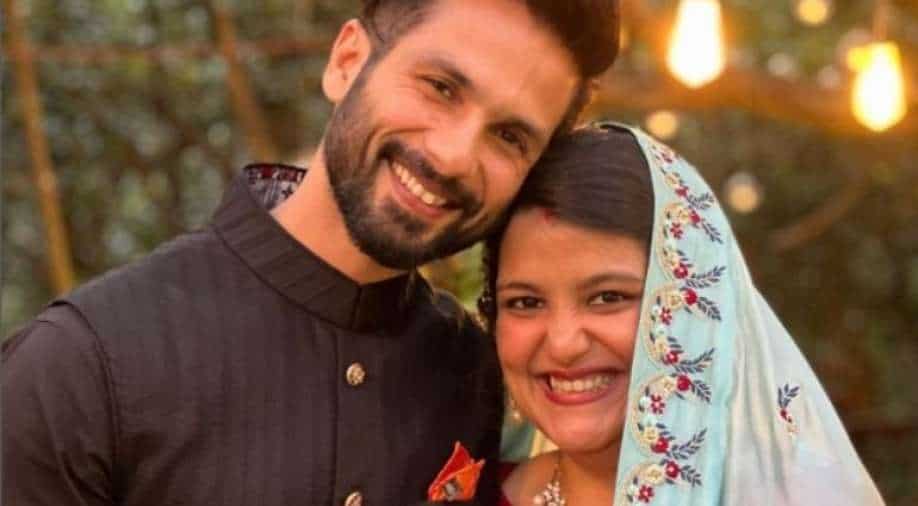 Sanah Kapur is the daughter of actors Pankaj Kapur and Supriya Pathak.

Congratulating his sister Sanah Kapur on her wedding, Shahid took to his Instagram handle, shared a beautiful picture with her with an emotional note.

In the sweet picture,  the 'Jersey' actor is looking dapper in an elegant ensemble featuring a black kurta with a matching jacket over it and a white churidar. Meanwhile, Sanah was looking beautiful in pink and blue lehenga.

Sanah, who is the daughter of actors Pankaj Kapur and Supriya Pathak, is Shahid's half-sister. She got married to actors Seema Pahwa and Manoj Pahwa's son Mayank Pahwa in Mahabaleshwar on Wednesday. The ceremony was a low key affair attended by family and close friends.

Shahid's wife Mira Rajput also shared a few pictures of Sanah, Mayank and the family, and wrote, “In a garden of love, there was magic. Congratulations darling Sanah and Mayank… wishing you both the intensity love you brought alive today, every day.” Mira also shared her and Shahid’s look from the wedding in another post.