Priyanka Chopra twins with her cub in 'white tiger' style 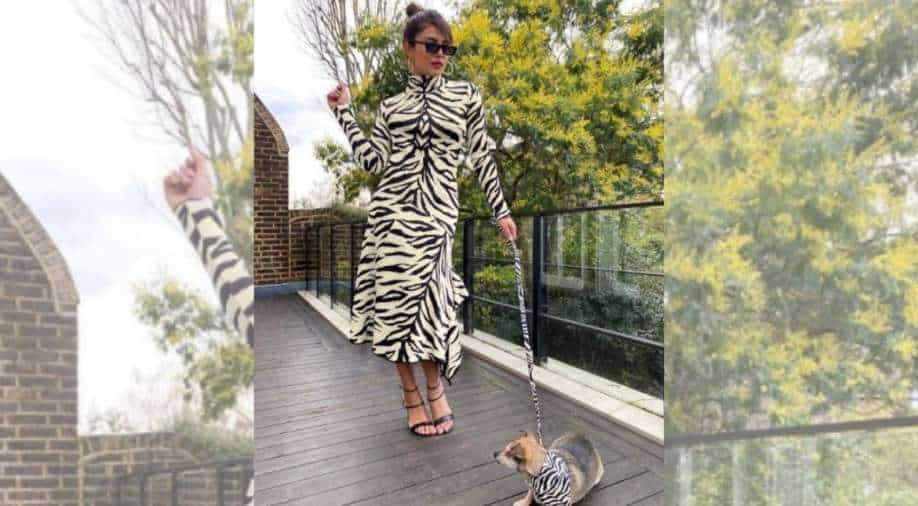 Priyanka stepped out in matching attire with her dog Diana as they are seen dressed in white and black stripes of a tiger.

Priyanka Chopra seems to have taken quite a liking for her recent flick ‘The White Tiger’ that released on Netflix and is currently streaming on the platform.

Priyanka stepped out in matching attire with her dog Diana as they are seen dressed in white and black stripes of a tiger. She captioned the image: “A white tiger and her cub @diariesofdiana #TheWhiteTiger,”hinting at her film ‘The White Tiger’ that has earned the film praises from both Bollywood and Hollywood colleagues.

Priyanka Chopra is seen wearing a high-neck long-sleeved dress with white tiger print while Diana, her dog has a bandana and a leash of the same print.

The global star is currently in London after the country enforced strict rules around international travel. She is currently working on the upcoming project ‘Citadel’ that is directed by Raj and DK and is produced by Avengers: Infinity War directors Joe and Anthony Russo.

‘Peter Rabbit 2: The Runaway’ release date up by a month