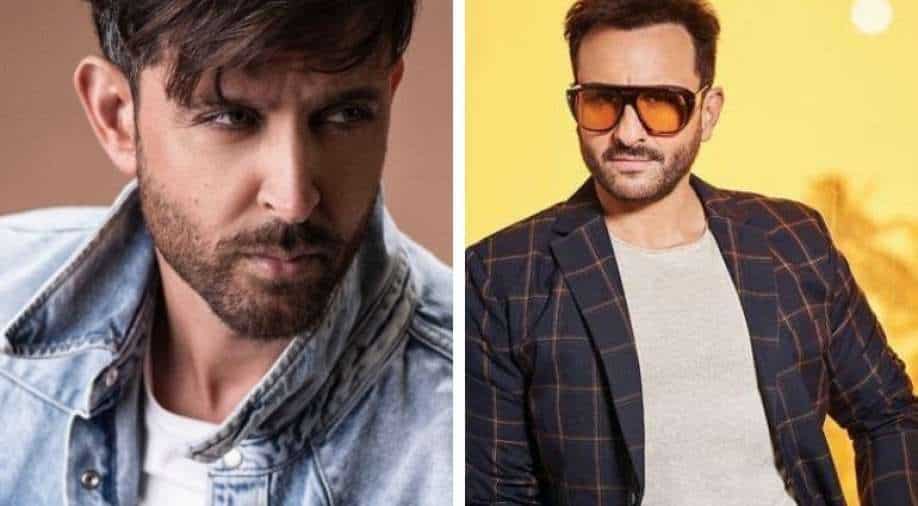 The remake will be helmed by the director duo Pushkar-Gayathri, who helmed the original Tamil film, starring R Madhavan and Vijay Sethupathi in lead roles.

The movie marks the first time when Hrithik and Saif will be sharing the screen. The remake will be helmed by the director duo Pushkar-Gayathri, who helmed the original Tamil film, starring R Madhavan and Vijay Sethupathi in lead roles. The Hindi remake is slated to release on September 30, 2022.

On Saturday, trade analyst Taran Adarsh took to Twitter to make the big announcement, "HRITHIK - SAIF IN 'VIKRAM VEDHA' REMAKE... #HrithikRoshan and #SaifAliKhan will star in the #Hindi remake of #Tamil film #VikramVedha... Pushkar-Gayathri - the director duo of the original film - will direct the #Hindi version too... 30 Sept 2022 release."

The action-thriller was released in 2017 and garnered a positive response at the box office. The movie starred Madhavan as a police inspector named Vikram while Vijay played a gangster named Vedha. Inspired by the Indian folktale Baital Pachisi, the film tells the story of Vikram (Madhavan), a police inspector who sets out to track down and kill Vedha (Sethupathi), a gangster. After Vedha voluntarily surrenders himself, he tells Vikram three stories that change his perceptions of good and evil.

“The Hindi remake with Hrithik and Saif is in advanced pre-production stage and will most likely go on floors next month. We are looking to release it on September 30, 2022,” a source told PTI.

Recently, Hrithik began work on 'Fighter' with Deepika Padukone. The action-drama will be directed by Siddharth Anand, who previously worked with Hrithik in 'War'. Meanwhile, Saif next 'Bhoot Police' is slated to release on September 17 on Disney+ Hotstar. He is also reuniting with director Om Raut to play Lankesh in Prabhas-starrer 'Adipurush'.