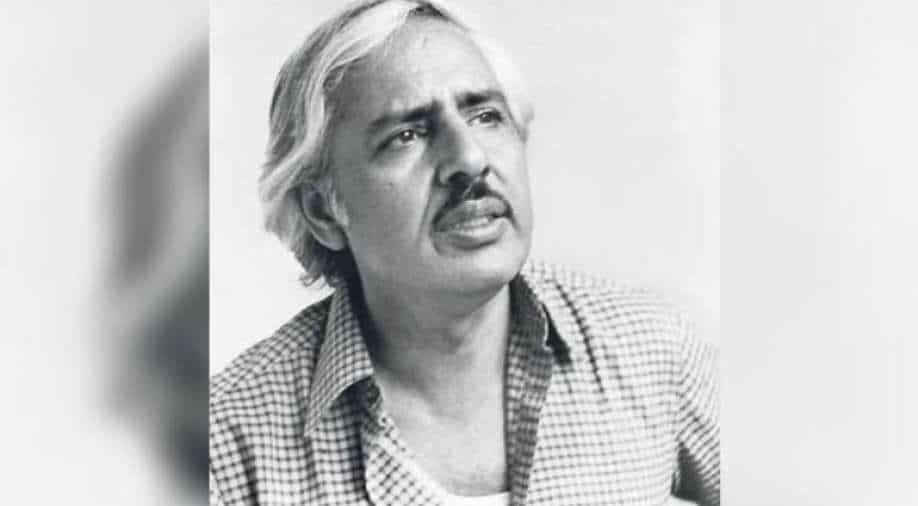 Eminent writer and filmmaker Sagar Sarhadi is no more. The man who primed in the late 70s and the 80s took his last at his residence in the city following age-related ailments. Sarhadi passed away late Sunday night after spending several days in ICU. He was 88.

He wrote the screenplay of Chandni (1989) which was another blockbuster starring Sridevi, Rishi Kapoor, and Vinod Mehra. Then there was Deewana (1992), Rang (1993), and Kaho Naa... Pyaar Hai (2000), where he was associated as dialogue writer or screenwriter.

Sarhadi made his directorial debut with Bazaar in 1982. The social drama stars Naseeruddin Shah, Smita Patil, and Farooq Shaikh, and had memorable music.
He went on to direct Agla Mausam in 1988 and the TV series Yeh Ishq Nahin Aasaan in 1997. His last film as director was Chausar. Starring Nawazuddin Siddiqui and Amruta Subhash, the film released in 2018.

Sagar Sarhadi a veteran theater and film writer who wrote films like Kabhi kabhi , Noori and directed Baazaar has passed away . My heart felt condolences to the late bachelor’s nephew Ramesh Talwar .

Bollywood actor Jackie Shroff confirmed the death by sharing a monochrome picture on social media, which he captioned: "Will Miss You...... R.I.P."