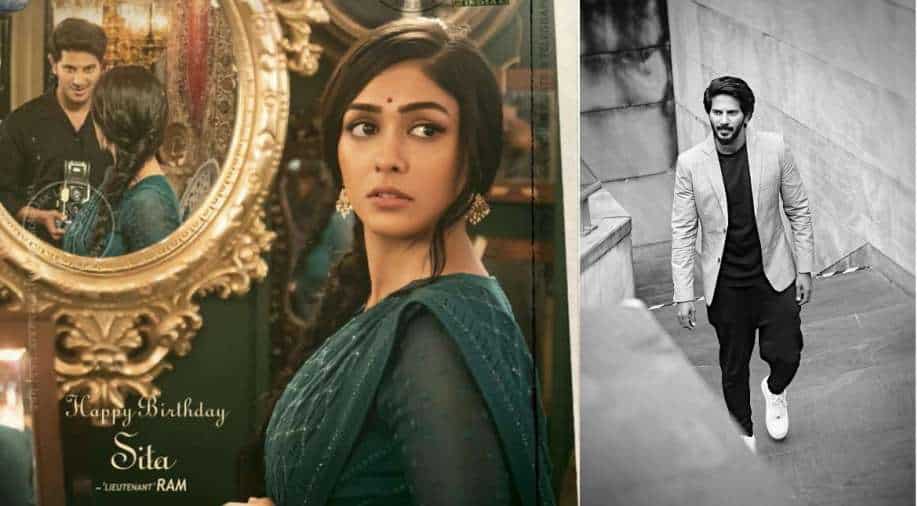 South Indian film star Dulquer Salmaan—who has made his way into Bollywood with films like ‘Karwaan’ (2018) and ‘The Zoya factor’ (2019)—wished his co-star Mrunal Thakur on her birthday in a unique fashion.

The actor has teamed up with Hanu Raghavapudi—a director-screenwriter known for his Telegu-language films—for a romantic war film where the protagonist will be seen as Lieutenant Ram. The makers have today introduced the actress to play opposite Dulquer in the movie, Mrunal Thakur, a Bollywood actor.

The birthday post, which is also the first look of their upcoming, yet-to-be-titled romantic saga, sees Thakur dressed in a bottle green saree and exuding 50s-60s India vibe through her attire. Her eyes are locked with Salmaan’s as he takes a picture of her with his Polaroid.

Mrunal Thakur’s playing the role of Sita in the film. She was last seen in 'Toofaan' with Farhan Akhtar.

The crew has completed a shooting schedule in Kashmir.

Interestingly, Dulquer Salmaan’s birthday post—he turned 35 on July 28—was also a ‘thank you’ note for the cast and crew of the film. In his first-look poster, Salmaan can be seen navigating a snow-clad road while sitting at the back of a bicycle, looking straight into the camera.

The love tale is being called ‘Production No. 7’ for the time being.