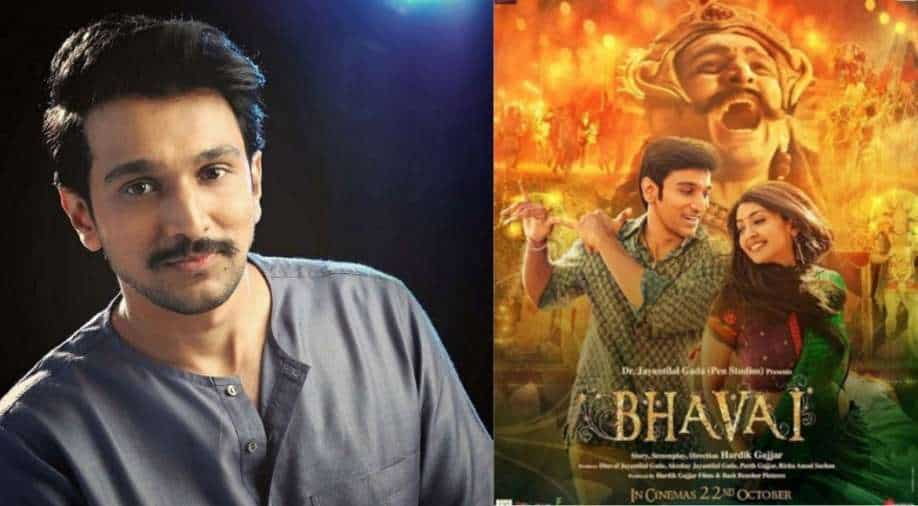 In a candid conversation with WION, Pratik Gandhi who rose to fame as Harshad Mehta in the web series ‘Scam 1992’ opened up about his journey from then to now, dealing with controversies around his upcoming film 'Bhavai' and taking it one day at a time.

With only a day left for the release of his first big Bollywood film ‘Bhavai’, ‘Scam 1992’ actor Pratik Gandhi is excited for his fans to experience the film that has been in the news for the wrong reasons for far too long. From a name change from ‘Raavan Leela’ to ‘Bhavai’ after it hurt sentiments of some people who urged makers to get a name change before it hits the theatres, to the pushing of release date to October 22 -- the film has seen a lot.

In a candid conversation with WION, Pratik Gandhi, who rose to fame as Harshad Mehta in the web series ‘Scam 1992’ opened up about his journey from then to now, dealing with controversies around the film and taking it one day at a time.

WION: 'Bhavai' has seen its fair share of controversies. How do you feel about the outrage against your film?

Pratik Gandhi: It’s a disheartening experience as an artist. I understand that everyone can have an opinion and they can be vocal about their feelings but I feel social media is being misused a lot these days in this respect. It’s bizarre that people are outraged over something they haven’t seen yet, all based on their perception. I want to give people a benefit of doubt and believe they have an honest opinion about the film without any hidden agenda but I want them to see it first. I genuinely feel bad because the film has nothing to do with what people are outraged over. Bhavai is a pure, simple musical love story.

WION: What made you sign this film in the first place?

Pratik Gandhi: Me and Hardik (director) met for the first time for this film. When he narrated the script, I loved the subject, complex emotions that the guy (my character) has in the film. It was the only reason for me to say yes to this project. Also, it’s my first Hindi film as a lead protagonist. I don’t know if I can explain how important it is for an actor to get a mainstream project like this and not some random masala film. I come from a background of theatre and there everything is purely content-driven.

In theatre, content is told a lot in metaphors and in this film too, the title Raavan Leela was a metaphor about Raavan being around us and dictating some of our lives. Nowhere in the film do we say Raavan is good. As for the present name of the film, Bhavai is a Gujarati folk theatre form. It means natak (drama). Another connotation is chaos. So both connotations of the word fit perfectly. We have a better title now.

WION: You were an engineer before you joined acting, if you were to look back at your journey, how would you sum it up?

Pratik Gandhi: It’s been a fulfilling and satisfactory journey because I always had passion about both these fields and have been fortunate enough to have worked in both these fields. It has helped me grow personally, professionally.

WION: 'Scam 1992' catapulted you to overnight fame in mainstream media. Before that, you’d done theatre and some regional cinema. Do you feel Bollywood is finally opening up to you?

Pratik Gandhi: I feel that. Bollywood is finally opening up in the sense that the earlier days of any actor are spent more on building trust, getting makers and producers and the audience to like you. You constantly feel that question -- whether he will be able to do it, whether people will come to watch him? Now after having one success story for a film, the same people look at you differently. So the trust has already come. Now I feel excited. That transformation from trust to excitement is a journey of a lifetime. I can explore openly. I don't have to prove that I can do this. I can explore without pressure of performance and I find that exciting.

WION: Where do you see yourself in the next 5 years?

WION: Are there any filmmakers that you want to work with? And an actor that inspires you?

Pratik Gandhi: Oh, lots of filmmakers -- Anurag Kashyap, Anurag Basu, Mani Ratnam, a lot of them. As for inspiration, rather than one person there are performances that have been inspirational to me. Sanjeev Kumar, his range is brilliant from comedy to intense, Amol Palekar, Farooq Shaikh, Amitabh Bachchan. They have a charisma on screen. Their characters come alive.

WION: Lastly, what do you do when not busy with work commitments?

Pratik Gandhi: I work out a lot, experiment with different workouts. I am very passionate about it. Otherwise, I love spending time with my daughter.