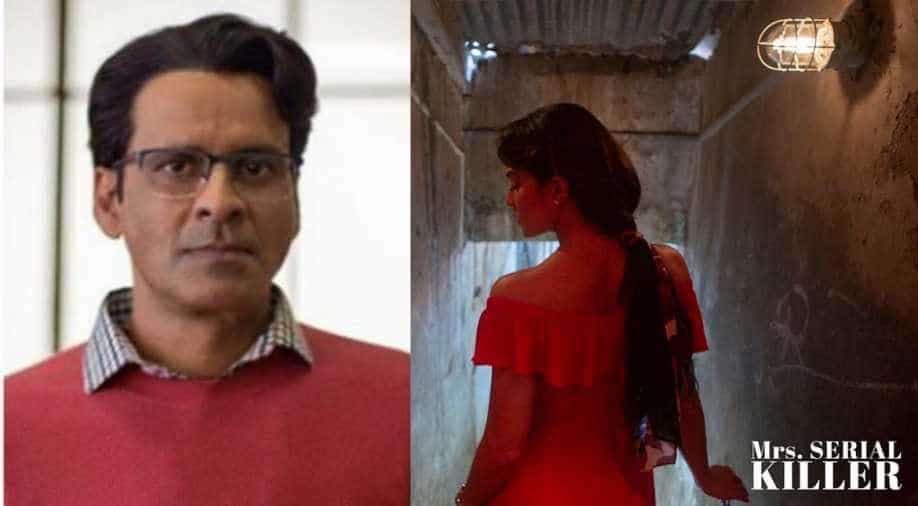 Manoj Bajpayee and Jacqueline Fernandez are collaborating together for the first time for a Netflix film 'Mrs Serial Killer' and the OTT has finally released the trailer of their project.

Streaming from May 1 onwards, 'Mrs Serial Killer' as the name suggests is about a woman serial killer, plyed by Jacqueline so as to save her husband (played by Manoj) from a wrong accusation that leads him to jail. In one dialogue, she can be heard saying, "I will do anything to save my husband".

The trailer shows Jacqueline torturing women so thats he can prove a serial killer is on the loose so that Manoj can be freed as he is serving jail time for killing a woman.

While the trailer hints at a psychopath killer, the film seems to revolve around Jacqueline’s character who deals with the situation in her own way.

The film is directed by Shirish Kunder and is produced by Farah Khan. Sharing the trailer, Farah wrote “Even psychopaths have emotions... then again, MAYBE NOT!”

Even psychopaths have emotions... then again, MAYBE NOT!

Here's the trailer of our film #MrsSerialKiller.

Jacqueline was previously seen in Netflix's 'Drive' that didn't work with the audiences while Manoj was seen in The Family Man' that streamed on Amazon and was a hit.

Earlier we told you how Manoj and Jacqueline were seen chatting on a video call about the premiere of the show. Check out the story here.