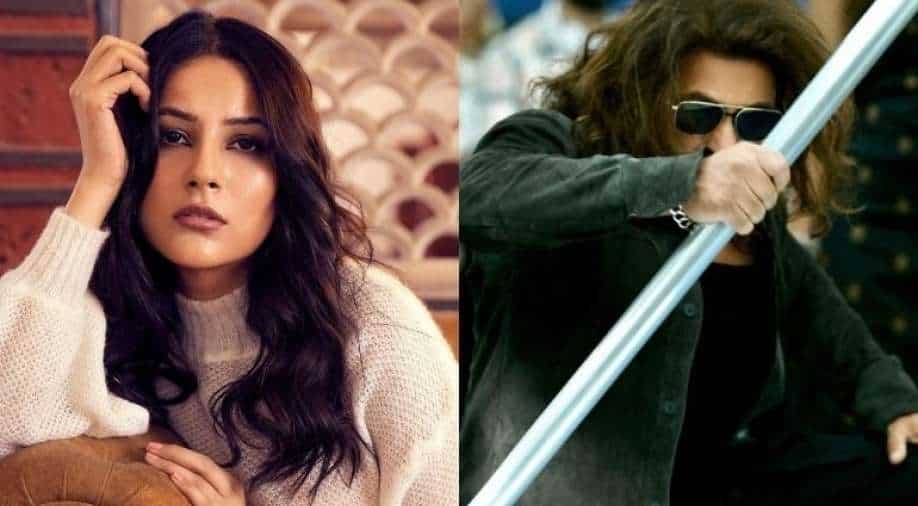 Anyone who has seen season 13 of the popular reality TV show 'Bigg Boss' knows who Shehnaaz Kaur Gill is. The Punjabi singer-actress rose to fame with her 'Bigg Boss' stint and she garnered a huge fandom with her cute and funny antics on the Salman Khan-hosted show. She shares a close bond with Salman and the two are often spotted together at events and B-town parties. Last month, some reports suggested that Shehnaaz will be seen playing a pivotal role in the Salman Khan-starrer and today, a video of the diva stepping out of a vanity van at 'Kabhie Eid Kabhi Diwali' set is doing the rounds of the internet.

In the leaked video, Shehnaaz is seen donning traditional South Indian attire. The beautiful lehenga with a pink dupatta looked great on the actress as she headed toward the film set. She was also seen sporting a braid with some jasmine flowers on it. Although the makers of the film 'Kabhi Eid Kabhi Diwali' are yet to announce their collaboration with Shehnaaz, the video confirms that the actress will be playing an important role in the film.

According to several media reports, Shehnaaz will be paired opposite Aayush Sharma. The film will also reportedly star Zaheer Iqbal and Pooja Hegde in lead roles. The film is being shot in Mumbai and the team has reportedly built two big sets in Vile Parle for a 10-day shoot. The rest of the shoot is expected to take place at Mehboob Studios.

On Saturday, actor Salman Khan dropped the first look poster of his much-awaited film on social media. In the caption, he shared that the filming has begun.

Sharing the still, Salman wrote, "Shooting commences for my new film." In no time, the poster became viral and started trending on social media.

Meanwhile, Pooja Hegde recently shared a picture on social media to announce her collaboration with 'Kabhi Eid Kabhi Diwali'. In the picture, she was seen posing with Salman Khan's famous turquoise bracelet.

Apart from 'Kabhi Eid Kabhi Diwali', Salman is also working on the third instalment of the Tiger franchise. The film is going to star Katrina Kaif and Emraan Hashmi in lead roles along with Khan.