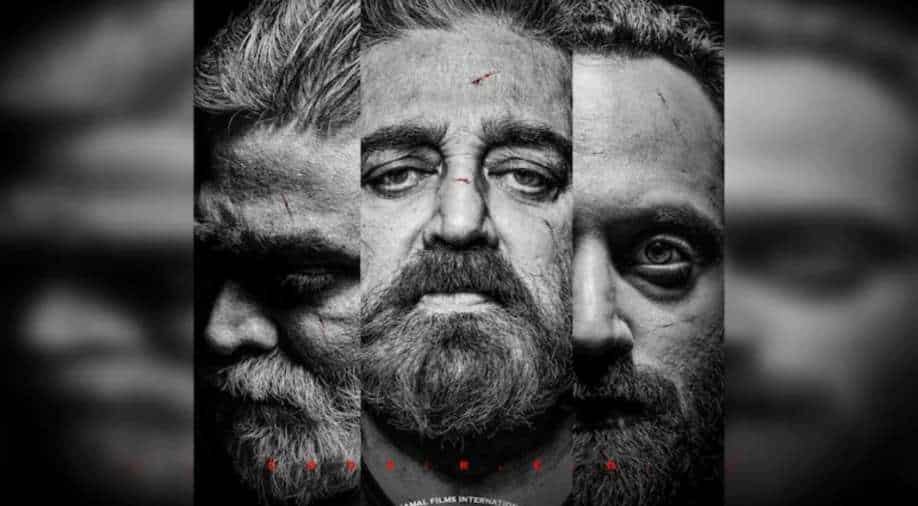 The first look of 'Vikram' is intriguing Photograph:( Twitter )

It is finally here. The trailer of the highly anticipated film 'Vikram' was released on Sunday night and it is bound to get fans excited.

The trailer mainly shows a three-way tussle between the characters played by these three actors. The background music of Anirudh Ravichander elevates the whole trailer which looks like action thriller with all three actors indulging in some heavy-duty action stunts.

While the trailer only gives a glimpse of what seems like mafia-drama, there are some on Twutter who also feel that 'Vikram' also features Suriya in cameo role.

"I literally had doubts about Suriya anna`s cameo in Vikram until I seeing the Trailer... Ipo confirm aagiruchim," a fan tweeted.

I literally had doubts about Suriya anna's cameo in Vikram untill I seeing the Trailer... Ipo confirm aagiruchi..@Suriya_offl #Vikram pic.twitter.com/W47VZPGkxb

"The much-awaited #Vikram trailer!! It`s too filled with @Dir_Lokesh`s weakness, Biriyani & Guns ..Looking forward to watch the multi-star show! And can`t wait for the cameo @Suriya_offl," another one wrote.

There is no official word on whether Suriya is actually playing a cameo role in the film or not.

'Vikram`, which also stars Shivani Narayanan, Kalidas Jayaram, Narain, Antony Varghese and Arjun Das, will be out in theatres on June 3.