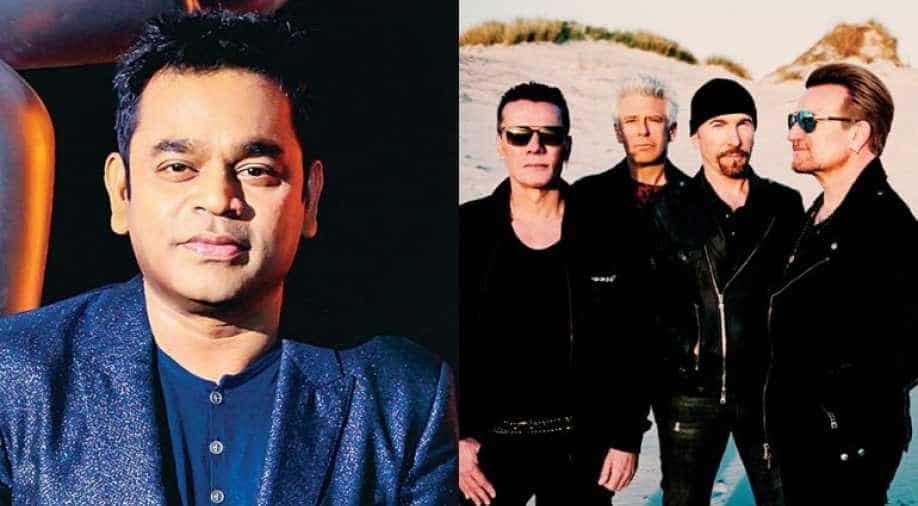 The Irish band recently released the lyrical video of the song, ahead of its India concert which is scheduled to take place on December 15 in Mumbai.

This has got to be the mother of all collaborations. AR Rahman has joined hands with Irish band U2 for a brand new single called 'Ahimsa'.

The Irish band recently released the lyrical video of the song, ahead of its India concert which is scheduled to take place on December 15 in Mumbai.  The concert will be the last one in their 'Joshua Tree Tour' which honours their 1987 album of the same name. The collaboration was made possible by music streaming app Jio Saavn.

'Ahimsa', in fact, marks U2's first ever concert in India. The term 'Ahimsa' in Sanskrit means non-violence and the video aims to celebrate the spiritual diversity of India.

‘I'll meet you where the sky is torn…' Ahimsa, a new song by @U2 and @arrahman Now streaming/downloading. Link in bio. #U2xARahimsa #U2 #arrahman

While speaking to a website, Rahman said, “Ahimsa requires courage and strength. A quality that is impervious to weapons or power. It’s a mission which is most needed to heal the modern world and it is an incredible time to collaborate with U2, with their amazing legacy, to revive this movement.”

Rishi Malhotra, Co-founder & CEO, of JioSaavn said, “We hold a firm belief that music is culture — it’s art and action coming together to shape mindsets, positive change, and ultimately generations.  Great music always carries a real message. It’s our honor to bring ‘Ahimsa’ to the world, from India, with love.  Working with U2, A.R. Rahman and their teams is the experience of a lifetime. To make great music, move people, and leave a legacy of hope is a living dream for all of us at JioSaavn,”

As the year comes to an end in a month, the band will also be releasing some of its songs in a new version- remixed by local Indian artists. The tracks will be available on all music streaming platforms soon.