Irish band U2 is coming to India for its maiden concert 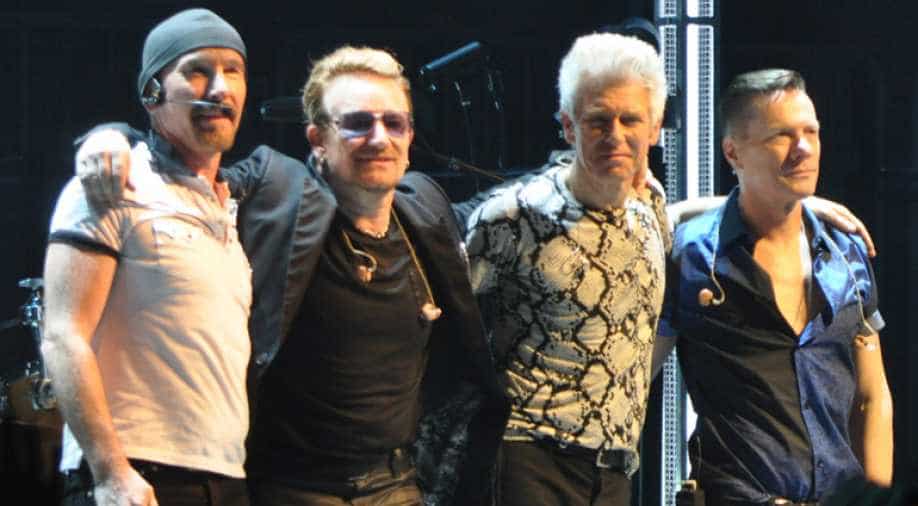 Paul Rose sought at least $5 million in damages from U2 lead singer Bono, bandmates like The Edge, and Island Records. He claims U2 lifted "signature elements" of his copyrighted song "Nae Slappin" for its hit "The Fly". Source: Wikimedia via RL 68. Photograph:( Others )

According to the media reports, their Mumbai concert is part of the band's Joshua Tree tour of Asia-Pacific which kickstarts from November onwards.

Popular Irish rock band U2 is all set to perform in India this year. The band will be performing in Indian in December and will have their maiden concert in Mumbai.

According to the media reports, their Mumbai concert is part of the band's Joshua Tree tour of Asia-Pacific which kickstarts from November onwards. The Mumbai concert will take place on December 15.

The tour reportedly celebrates U2's fifth album, 'The Joshua Tree' which released in 1986-87 and the set list is expected to comprise of songs like 'With Or Without You', 'Where The Streets Have No Name' and 'I Still Haven't Found What I'm Looking For'. They are likely to play songs from other albums as well.

This will the band's first-ever concert in India.