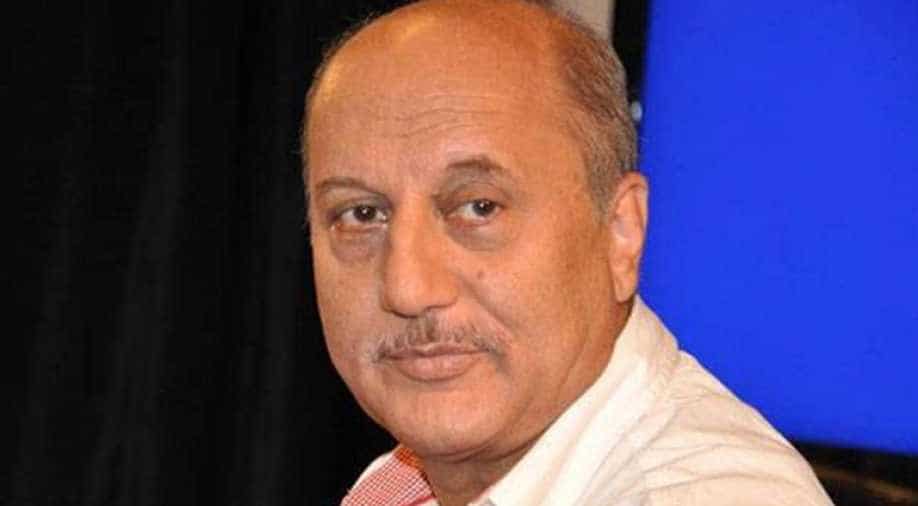 The actor had been appointed as the chairman of the film institute in October 2017.

Anupam Kher has resigned from his post of chairman at the Film and Television Institute of India, Pune.

According to official sources, the actor has taken the decision due to his commitment to an international TV show which will require him to be away from the country.

In his resignation letter, the actor mentioned that at the time when he was approached for the post by the then I&B Minister Smriti Irani, he had mentioned that his work commitment would require him to stay away from the country for more than 6 months.

"At the time I was officially approached by the former I&B minister Smt Smriti Irani to be appointed as the Chairman, I did share with her that I was due to be stationed in the US for nearly 6 months for an international TV show. The latest news now is that the show has been given a further extension of 4 months. This translates into me being stationed in the US for nearly 9 months between 2018 and 2019," the actor wrote in his letter.

It has been an honour, a privilege & a great learning experience to be the Chairman of the prestigious @FTIIOfficial. But because of my international assignments I won’t have much time to devote at the institute. Hence decided to send my resignation. Thank you. 🙏 @Ra_THORe pic.twitter.com/lglcREeYM2

Kher took to Twitter to thank FTII staff and students for his smooth tenure and said he was available to help the institute in his personal capacity.

Thank you staff, teachers & students of @FTIIOfficial for your support & appreciation during my tenure as chairman. As an individual you can always reach out to me. We have constituted a very learned & capable governing body & academic society who will guide you at their best.🙏

Kher was appointed as the chairman of FTII, Pune in October 2017. Kher took over the post after Gajendra Chauhan's controversial term ended in March 2017.