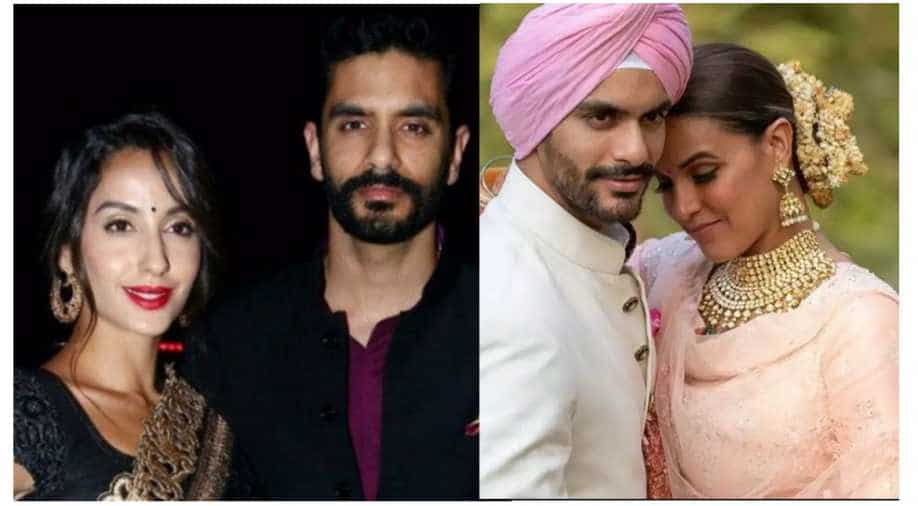 Angad and Nora dated for a long while before he broke up with her last year to marry Neha in a secret wedding in May.

Actor Angad Bedi and Neha Dhupia’s love life has been under the scanner for some time now ever since the two got married in a secret ceremony in New Delhi with almost nil attendance from the entertainment industry barring a few close friends.

Angad and his ex-partner Nora Fatehi’s romance was also brought to life every time there was mention of his marriage with Neha. While Nora spoke to the media about her relationship with former partner, Angad chose to stay silent all this while. For almost the first time, he has opened up about her equation with Nora as he said only kind words for her.

In an interview, he said, “I like to believe that there is dignity in everything. There are some relationships which work and there are some which don’t work. Ideally, you want every relationship to work, if it happens it’s great, if it doesn’t it is unfortunate. I feel as far as my past relationship was concerned, she (Nora) is a lovely girl and she’s doing exceptionally well for herself. She’s a star in the making and all her body of work is being accepted by the audience and she’s on her way up! And, I feel that that is what is important and I wish her all the best and all the love and luck.”

#Repost @nehadhupia with @get_repost ・・・ Casually getting into the weekend and into the ocean... 🌊🏖🐬 @centaragrandmaldives #maldives

Angad and Nora dated for a long while before he broke up with her last year to marry Neha in a secret wedding in May. Neha and Angad were expecting a child together when they got married. They named their daughter Mehr who was born in November.

On Nora, Angad added, “I feel the partner that she deserves, will come her way very soon. I feel everything has a timing. It’s like the universe wanted to change something within me and it happened, the universe wanted some change within her and give her stardom and it happened. Right now, it’s time for her stardom, after stardom there will be time for family. I feel you can’t challenge it, you know, you have to accept it. I feel that was the case and I felt that as an artist you have to just respect. I also feel that there’s dignity in silence and there’s a lot of respect. Everybody goes through hardships but hardships make you the person you are, and I feel that is important.”