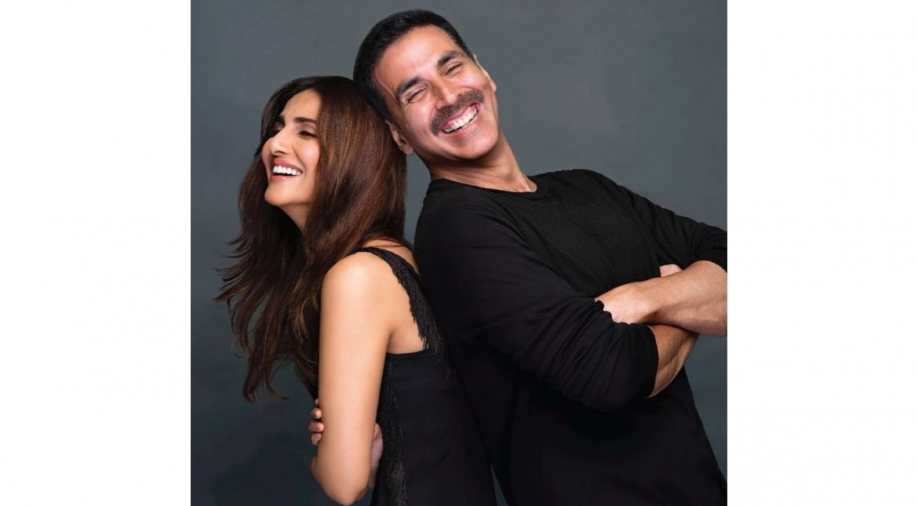 Recently, the film’s team had announced that Vaani Kapoor has been roped in to play Akshay Kumar’s heroine. On the news, Vaani had said, “I am excited to share the screen space with Akshay Sir. It is definitely a script I instantly clicked with and knew I wanted to be part of. I am also thrilled to partner with Pooja Entertainment who have already made me feel at home at this initial stage of our film. I’m eagerly waiting to start shooting Bellbottom.”

The entire cast of the film including Vaani Kapoor, Huma Qureshi and Lara Dutta will head to the UK in August for the shoot.

The new announcement was made today on the social media via a picture. In the photo, Akshay can be seen sitting over a vintage luxury car and the three female actors Vaani, Huma and Qureshi can be seen standing beside him. Producer Jackky Bhagnani is seen sitting on the footstep of the car.

‘Bell Bottom’ is an espionage thriller and will be set in the 1980s. The film is about one of India’s forgotten heroes.

The film is directed by Ranjit M Tewari and is written by Aseem Arrora and Parveez Shaikh.

Vaani will also be seen opposite Ranbir Kapoor in 'Shamshera'.