After Deepika Padukone, Ranveer Singh to get a wax statue at Madame Tussauds 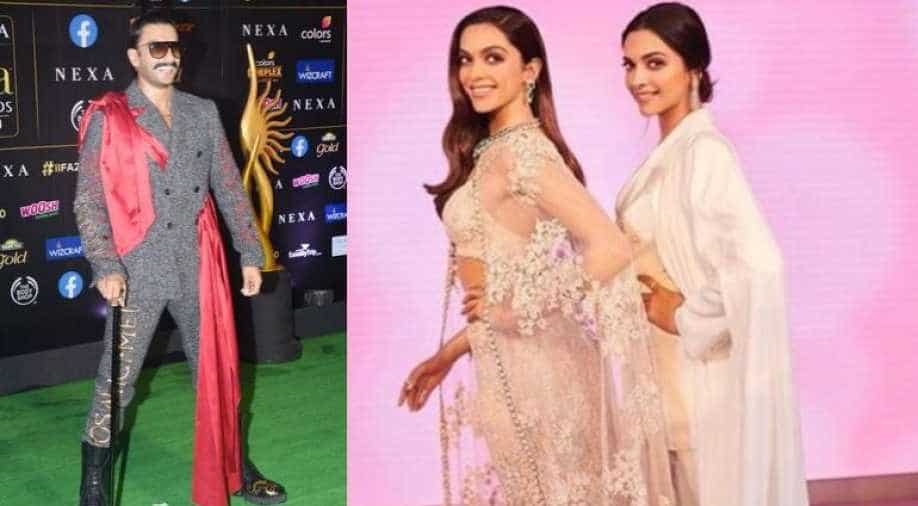 A few months back Deepika Padukone got immortalized in wax at the famous Madame Tussauds Museum London. Now, her husband, actor Ranveer Singh is all set to join her there.

"Mama, we're going to London," said actor as he made the announcement at IIFA wards recently. See all the inside photos of the ceremony here.

"My mother-in-law was like -- you`ve to work hard too, we want a statue of you also. Mama, we`re going to London. I will see you in London," said Ranveer, referring to the fact that Deepika already has her statue at the museum.

Talking about Deepika`s wax statue in London, the actor said, "Let me just add that my wife`s `putla` (statue) is the sexiest of all. I must say Deepika is a perfectionist, therefore she was very particular about all the time that she devoted in getting her statue made."

"I`m going to be figuring out my pose and dress. It`s going to be you and me baby, husband and wife, in Madame Tussauds together. Boom, "Ranveer added.

Ranveer won the Best Actor award for his performance in 'Padmaavat' at the awards night.

On the work front, the couple will be seen together in Kabir Khan's film '83'.

Considering Ranveer is such a flamboyant personality and keeps changing his looks according to the role he plays on screen- it will be interesting to see which avatar of the actor will be immortalised at the wax museum.