Aditi Mittal apologises to Kaneez Surka, says the 'peck on the lips' was part of the act 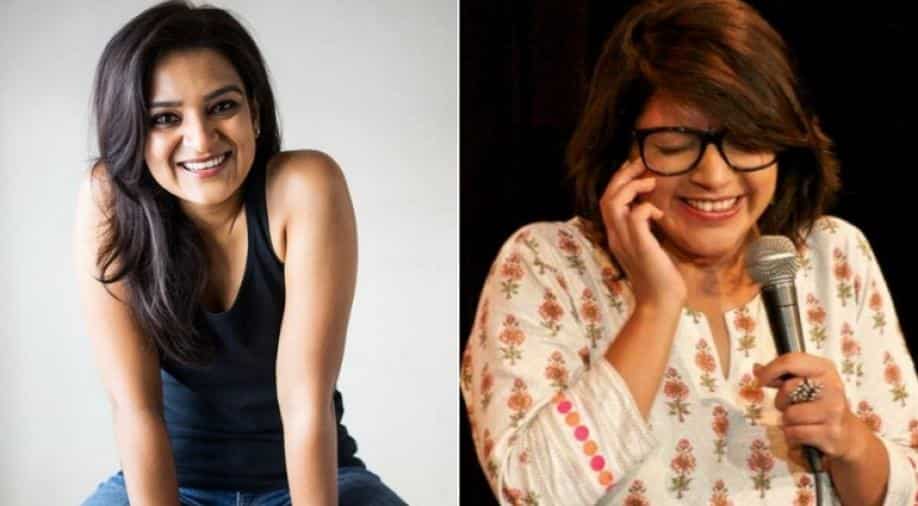 Kaneez Surka accused Aditi Mittal of forcibly kissing her 2016 during an open-mic session in front of everyone.

On Wednesday evening, Kaneez Surka accused Aditi Mittal of forcibly kissing her 2016 during an open-mic session in front of everyone. Both stand-up comics, along with a few other comedians were performing in Mumbai when the incident took place.

On Thursday, Aditi Mittal took to Twitter to issue an apology to Surka and stated that she had given Surka a peck on her lips as a part of the act that she was about to perform on stage.

"In January 2016, I was a participant of an open mic at Andheri (West) in Mumbai. Kaneez Surkha was the host. While walking up on stage to take the mic from Kaneez I gave her a peck on the lips (there was no tongue) as a joke as a part of the act. The intentions were not sexual in nature. I realized that after talking to Kaneez that it was a violation of her space and to this day bothers her very much. For this I am unconditionally sorry," Mittal wrote in her statement.

In her statement, Surka had alleged, "In the presence of an audience of 100 and many comedians, Aditi Mittal walked up on stage and forcefully kissed me on my mouth out of the blue and put her tongue in my mouth, while I was still on stage and without my consent."

Surka had also stated that Mittal had turned hostile towards her when she tried to talk to her later. Mittal stated that she had started consciously avoiding the places that Surka would be in out of respect for her space.

"As far as “turning hostile” was concerned- I began to consciously avoid any place that she or anyone from those social circles might be, out of respect for her space. It was done as a cautionary measure," Mittal wrote.

Both Surka and Mittal have been actively participating in the ongoing #MeToo Movement on social media, urging women to speak out and calling out offenders.