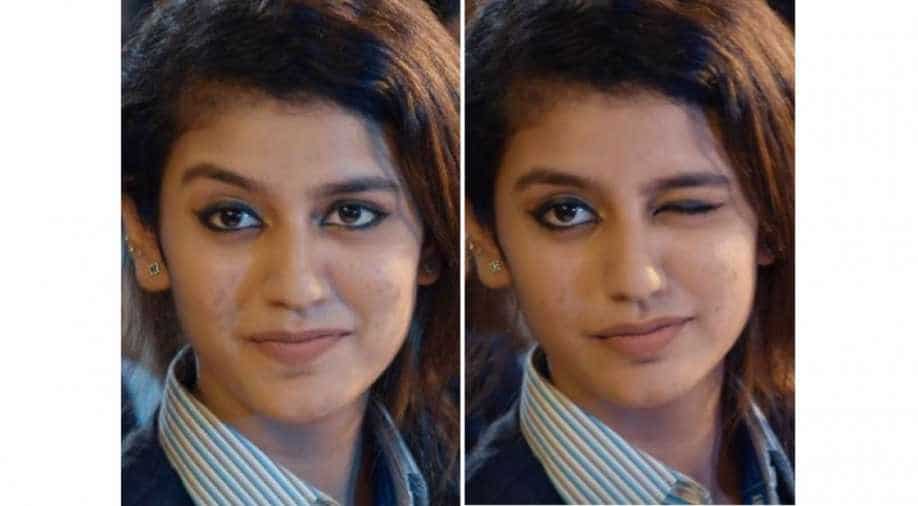 Directed by Omar Lulu, 'Oru Adaar Love' was earlier set to release in June 2018 but a tussle with the film's producers who wanted to a script change post Varrier's new fame and legal cases against the director and the actress pushed the release date by nearly a year. Also read: Priya Prakash 'wink' Varrier has a Valentine's Day gift: Flying kiss!

Thank you for all the love and support💙

The viral clip was part of a song titled 'Manikya Malaraya Poovi' which thanks to Varrier's wink received more than 86 million views even as the film was being shot. Also read: WION exclusive: Priya Prakash Varrier says she wants to work with Shah Rukh Khan, Ranveer Singh

Over the past year, Varrier not only attained stardom nationwide but was also dragged to the court for offending religious sentiments with the song but the complaint was quashed eventually by the Supreme Court. Numerous memes featuring her famous wink made the rounds of social media. A few weeks back a kiss video featuring her and Roshan went viral.

Varrier was also the most searched Indian on Google in 2018. While the 'Oru Adaar Love' was being completed, Varrier also worked in 'Sridevi Bungalow' which is said to be her debut film in Bollywood. 'Sridevi Bungalow' also ran into troubled waters as the trailer looked similar to late actress Sridevi's life which her husband Boney Kapoor had objections to. The makers as well Varrier have denied any resemblance to the late actress' life.

'Oru Adaar Love', meanwhile, will be hitting the big screen this weekend and is being pitched as a campus-love story.