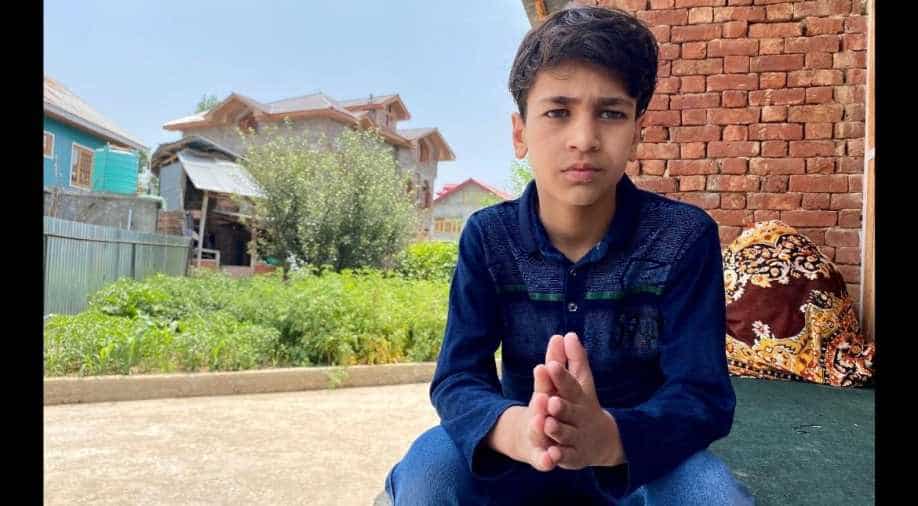 Hailing from a small village called 'Prichoo' in Pulwama, Kashmir, the 10-year-old is now becoming a popular face in the valley.

A 10-year-old boy from Pulwama district of south Kashmir has won hearts in the union territory after his rapping videos went viral.

At just 10, Arafat Mohideen Bhat has already stunned Jammu and Kashmir with his rap videos.

Hailing from a small village called 'Prichoo' in Pulwama, he is now becoming a popular face in the valley. Arafat says he devotes equal time to books, music, and his rap lyrics writing.

He is inspired by watching rappers on YouTube, his mother has encouraged him to pursue his Bollywood dream. Arafat attempts to write his rap and later his uncle Hilal Ahmad makes them better.

"Every person has his or her talent & I believe rapping is mine. I enjoy rapping, so I keep watching videos on several platforms. I liked their lyrics, rap, and flow, so I started making videos," Arafat Mohideen Bhat says.

A 4th class student, he picked up rapping by watching singer and rapper Emiway Bantai videos online. His first YouTube video has 2 Lakh views and with the growing popularity, he has already made 10 videos.

"Kashmir has a lot of talent but everyone hides it. I want to them to showcase their talent," Arafat says.

His uncle, Hilal, says that he just encouraged the kid to pursue what he wanted. "I am just helping him edit his writing and lyrics, rest the talent is in him," he says adding that the family will continue to support his dreams.