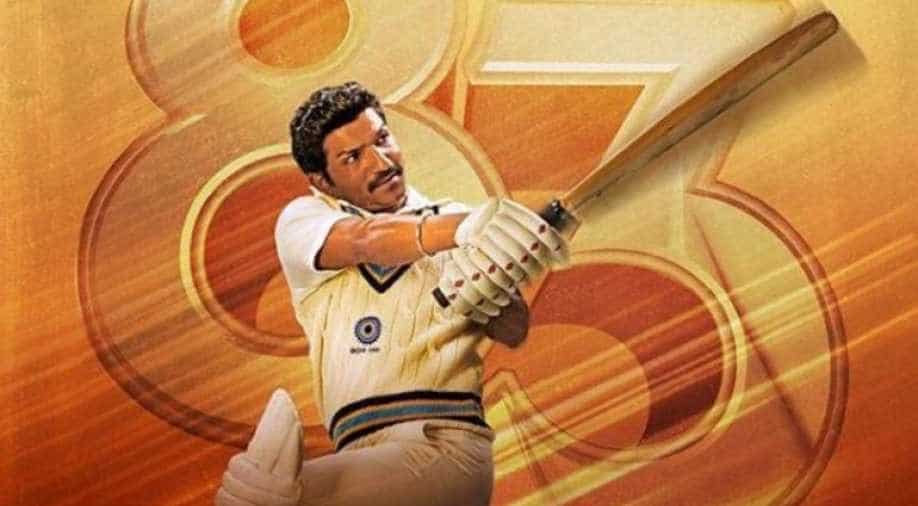 On Tuesday, Ranveer Singh introduced the fourth member of his upcoming film '83'.

On Tuesday, Ranveer Singh introduced the fourth member of his upcoming film '83'. 'Sacred Games' actor Yatin Sarna turns Yashpal Sharma in the new poster that was shared on social media by Singh on Tuesday morning.

"GUTSY & GLORIOUS! Enter the Exponent of Explosive willow-wielding that could change any game! Presenting @thejatinsarna as #YashpalSharma #ThisIs83" Singh captioned the image.

Sarna, who shot to fame playing Bunty in popular web series 'Sacred Games', can be seen striking Sharma's signature pose in the poster.

'83' has been directed by Kabir Khan and is based on Indian cricket team's historic win at the 1983 World Cup.

Earlier Ranveer had also shared his look from the film in which the actor plays Kapil Dev.

Ranveer will be unveiling posters of other cast members in the coming days including that of Harrdy Sandhu, Ammy Virk, Sahil Khattar, Chirag Patil, Adinath Kothare, Dhairya Karwa, Dinker Sharma, Nishant Dahiya, R Badree, and perhaps even Deepika Padukone. Ranveer's poster is going to be the final one to be unveiled as aq run up to the release of the trailer.