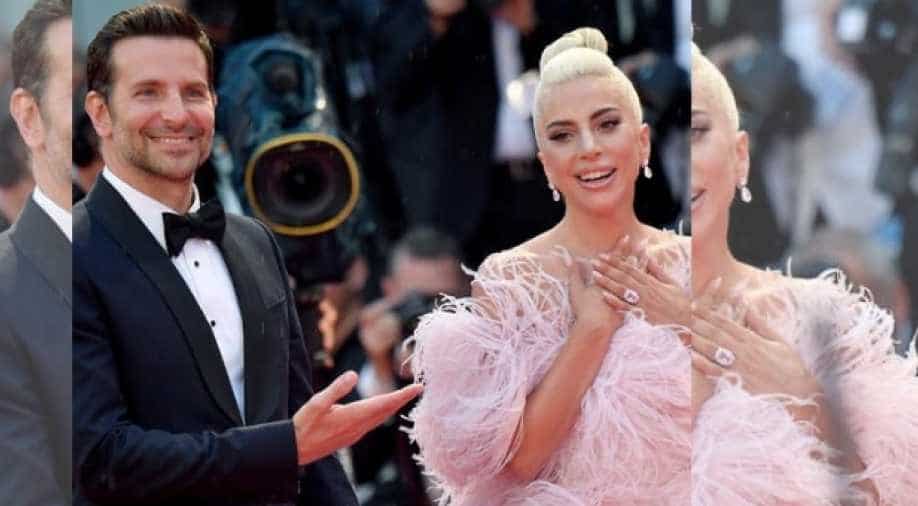 Gaga became a bit emotional and shed a few tears on the stage.

American singer Lady Gaga broke down into tears after she honored Bradley Cooper at the American Cinematheque Award Presentation in Beverly Hills for his accomplishments in Hollywood.

During her speech, the six-time Grammy winner opened up about how her `A Star is Born` co-star, helped her open up through her role, confirmed E!Online.

"I felt comfortable with Bradley, not just because he is a hunk like Sam but because Bradley is such a kind and loving and real person," she said."I`m so honored to have you as my friend," she said while paying tribute to Cooper.

At one point during her speech, Gaga became a bit emotional and shed a few tears on the stage.

Expressing how thankful she was to have Cooper in her life, the songstress said, "I`m so grateful to you, not just for making me a better actress, but I have been able to call on you as a friend, and cry and be myself and have you never ever judge me and still respect me as a professional.I have never had an artistic experience like this before.''

Dressed in a stunning champagne-colored gown, the singer took the stage with her `A Star Is Born` co-star Sam Elliot.

Earlier, in a press conference at the Venice Film Festival, Cooper had admitted that he did not know Lady Gaga was Italian and said their East Coast Italian-American families played a huge part in their bond. He had also confessed that he fell in love with her face and eyes. The two had also admitted that they bonded over their shared Italian roots on the sets of `A Star is Born`.

Who was David Crosby, the US rock legend who died at 81? Know about his HEARTBREAKING last tweet & songs