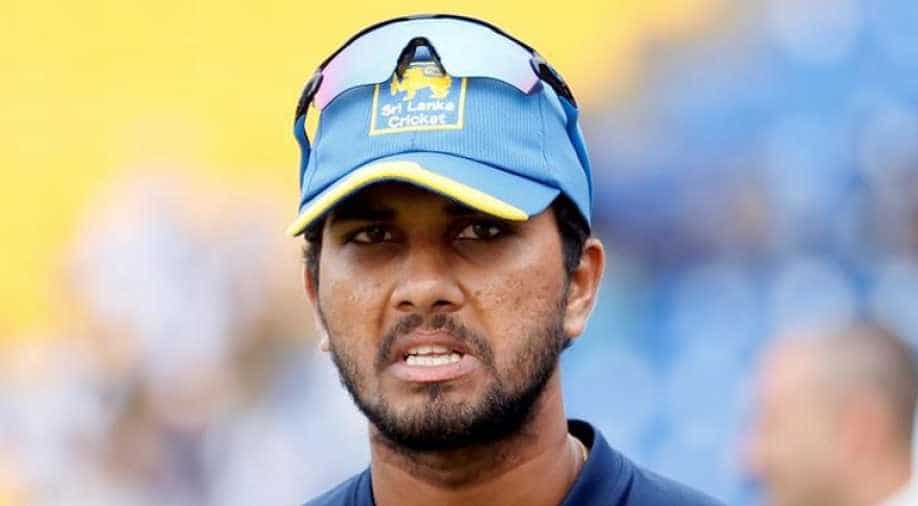 With Pakistan chasing 136 for victory, the 39-year-old left arm spinner showed his class with a match-winning six for 43 in the second innings for a match haul of 11 wickets

Sri Lanka captain Dinesh Chandimal has hailed the contribution of veteran spinner Rangana Herath who led the side to a dramatic 21-run victory over Pakistan in the first Test in Abu Dhabi.

With Pakistan chasing 136 for victory, the 39-year-old left arm spinner showed his class with a match-winning six for 43 in the second innings for a match haul of 11 wickets.

Herath also became the oldest bowler to reach 400 wickets in the longest format of the game on Monday.

"I just want him throughout my career," Chandimal told reporters after the win at the Sheikh Zayed Stadium.

"I have no idea how long he is going to play, but I am sure he will do what he can for the team. He is a wily old fox and I have to say Rangana is a team man and an asset to the team," the Lankan skipper said.

"He is supportive of me and the players, with what he has learnt from cricket. Every young player goes to talk to him about his bowling and experiences," he added.

Following a 3-0 home drubbing at the hands of India in August, Chandimal was particularly pleased with the way his players responded to the challenge against Pakistan.

It was their first away test win against a higher-ranked opposition since June 2014.

"As a team, we were below par in our performances (against India), but we have waited for this win and finally we got it. Credit goes to all the players," the skipper added.

"They played some really good cricket and I'm sure this can continue throughout the series. We did more work on our fitness and fielding, and discipline," Chandimal felt.

"Everyone put their heart and soul into the practices, and the management put lots of hard work in," he said.

The second and final Test of the series will be a day-night affair in Dubai starting on Friday.