India vs England Test: It's more about survival than anything for Cook and Co 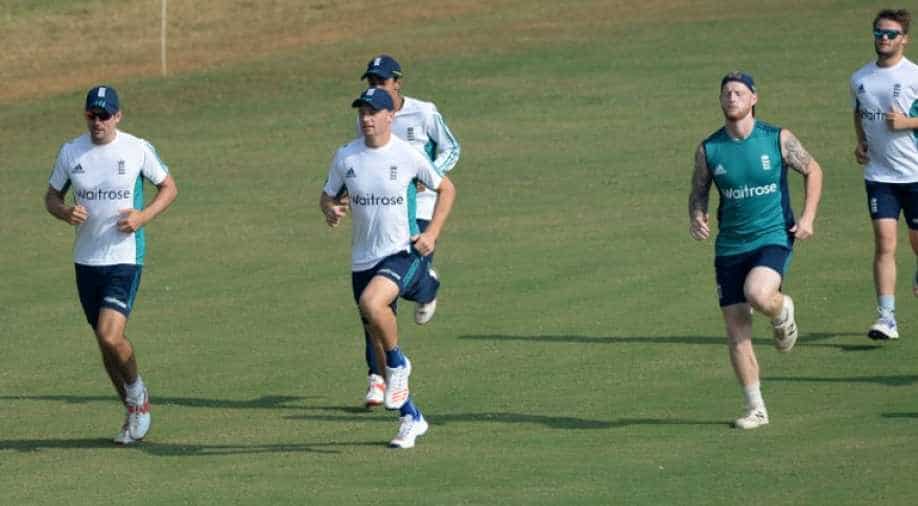 England's captain Alastair Cook with his teammates at a training session at Mumbai's Brabourne Stadium on November 4. Photograph:( AFP )

The English have arrived on Indian shores once again and a massive, rather ominous, challenge awaits Captain Cook’s side. Former England captain Micheal Vaughan had set the tone of the tour quite early by cautioning his fellow Englishmen of an impending whitewash on Indian soil if they don’t improve with the bat.

Bangladesh expedition was a perfect round-up for the English ahead of India but all they managed was a tense victory in the first Test and an equally tense and dramatic loss in the second and the final test. 1-1 read the scorecard.

The optimists can still derive contentment from a drawn overseas series amid tough sub-continent conditions and spin-friendly tracks, but if you are the skipper of a team which is touring India next, the smiles would drown no sooner than you read the names - Ravichanran Ashwin & Ravindran Jadeja - on sports pages.

Much of the English hopes, Cook will have to carry on his own shoulders along with Joe Root & Ben Stokes - England’s new poster boy.

ECB hope to gain advantage of seasoned Pakistan leggie, Saqlain Mushtaq, not only to assist Cook’s inexperienced spin outfit to outfox India’s batting unit, while he may also have some valuable batting tips up his sleeve for English batsmen to see off Ashwin-Jadeja duo.

Indian contingent, on the other hand is a relaxed pack. High on winning spirit, promising team selection, in-form batsmen and word class spinners who can make any opposition dance to spin tunes, all point as if there can only be one outcome - 5-0 in India’s favor.

However, England blew the air out of a similar augury on their last tour to India. Cook, very remarkably, led his side to 2-1 series win, finally ending India’s winning streak at home. The victory could easily be counted as one of the major achievements of Cook’s leadership, and Cricket pundits even went on to hail this series win bigger than Ashes victory over Australia in 2010-11. England would hope to replicate it, and if deployed well, they have the resources to do it too.

Nevertheless, it is going to be an exciting test series. The odds may heavily be stacked against the Englishmen, but cricket is a funny game where results often displace predictions.