India back in World Series of Boxing from February 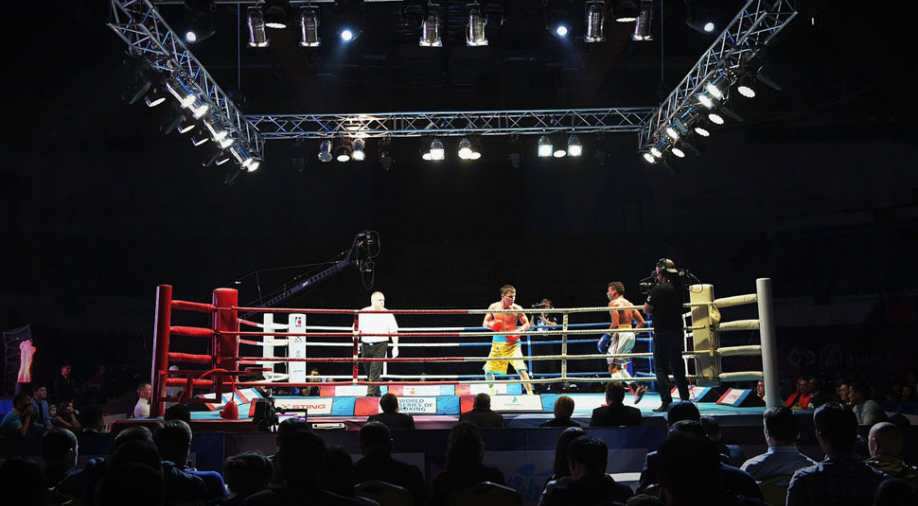 The franchise will replace Mumbai Fighters, the team that had withdrawn in 2012 due to lack of support from the national body. Photograph:( Zee News Network )

India will return to the International Boxing Association's (AIBA) semi-professional World Series of Boxing (WSB) in February next year with the country finding a place in the Asian group for the event's eighth season.

The yet-to-be-named franchise, which would be fully owned by the Boxing Federation of India (BFI), will replace Mumbai Fighters, the team that had withdrawn in 2012 due to lack of support from the national body at that time.

The WSB's format will follow the three-group, regional regular season and global play-offs, with the Croatian Knights joining for qualification from Group Europe, while Group Asia having a team from India for the first time, the AIBA said in a statement.

"In Season VIII, we can now go even further, with India's vast and growing appetite for boxing adding a new dimension to the 2018 competition and the Croatian Knights bringing with them all of that great nation's boxing history," said AIBA interim president Franco Falcinelli.

In the Asian group the Astana Arlans will face China Dragons, the all-new India team and Patriot Boxing Team from Russia in Group Asia.

The Croatian Knights will begin their first season against the British Lionhearts, France Fighting Roosters and Italia Thunder in Group Europe.

In Group Americas, Season VII Finalists Cuba Domadores will be looking to equal the Arlans' record and win a third title of their own, but face stiff competition from Colombia Heroicos and Venezuela Caciques.

Among the boxers taking part will be a host of champions and medallists from the 2017 AIBA World Championships in Hamburg.

The 11 teams will be able to recruit available national and international boxers to their squads. WSB has now closed its foreign boxer registrations for Season VIII, with 196 foreign entries confirmed from 42 different countries.

Boxers at the beginning of their professional careers are welcome to participate, the AIBA stated.

The deadline for teams to recruit from the available list will be mid-January.