Gunathilaka's six-match ban reduced by half on appeal 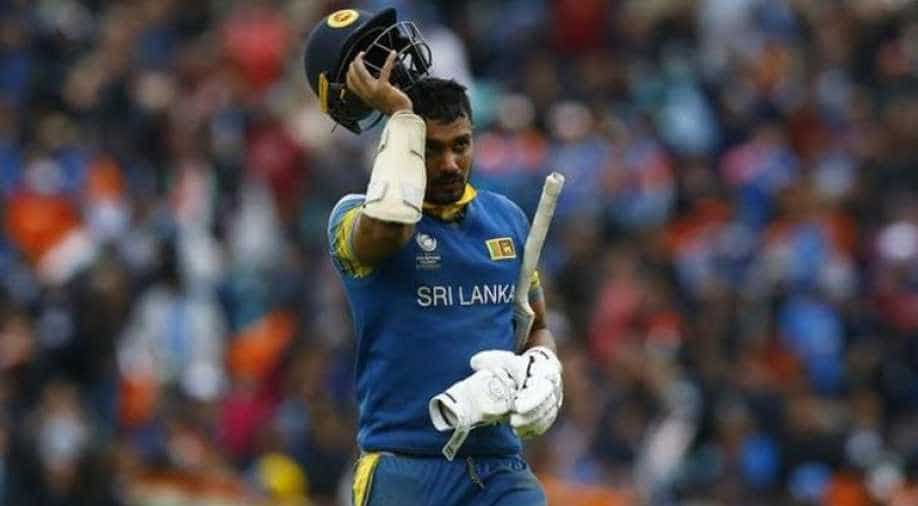 Gunathilaka was suspended and fined 20 percent of his annual fee this month after a complaint by Sri Lanka team manager Asanka Gurusinha. Photograph:( Reuters )

Danushka Gunathilaka's ban from six limited-overs matches for misconduct during the home series against India has been cut by half following an appeal by the Sri Lankan all-rounder, the country's cricket board said on Tuesday.

The remaining three matches will be part of a suspended sentence over a one-year period, Sri Lanka Cricket said in a statement.

Gunathilaka was suspended and fined 20 percent of his annual fee this month after a complaint by Sri Lanka team manager Asanka Gurusinha. Local media reported the 26-year-old had missed a training session.

"The Executive Committee of Sri Lanka Cricket yesterday decided to revise the suspension imposed on Dhanushka Gunathilaka upon consideration of the appeal made on behalf of Gunathilaka by the Sinhalese Sports Club," SLC said.

Gunathilaka, who has played one test and 28 ODIs, pleaded guilty to the charges and missed Sri Lanka's one-day series against Pakistan.