WTO authorises Chinese tariffs on $3.6 billion in US goods in anti-dumping tiff 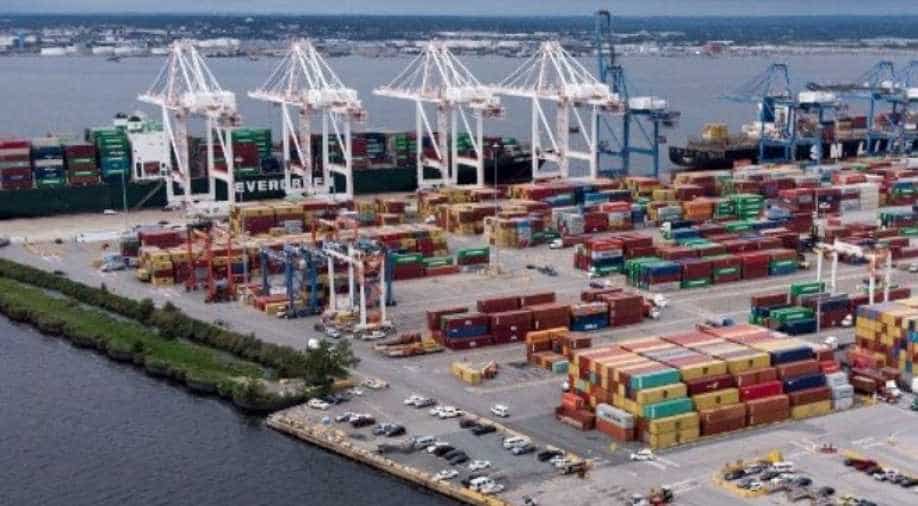 China had asked the WTO for permission to hit the US with more than $7 billion in tariffs in the case.

A World Trade Organisation arbitrator on Friday authorised China to slap tariffs on US imports worth up to $3.58 billion annually in a years-long dispute over US anti-dumping practices, a trade official said.

China had asked the WTO for permission to hit the US with more than $7 billion in tariffs in the case.

But the WTO ruling said it had determined that the illegal US anti-dumping practices had caused "nullification or impairment of benefits accruing to China" to the tune of $3,579.128 million, and that Beijing could impose tariffs on goods not exceeding that amount per year.

The decision marks the first time the WTO has authorised China to impose tariffs in a trade dispute.

Washington voiced disappointment with the decision, with a US trade official stressing the continued commitment "to using antidumping duties to address injurious dumping" and arguing that the ruling "has no foundation in economic analysis".

"Moreover, we do not believe the Arbitrator’s Decision will have any impact on continuing trade discussions between the United States and China," the official said, adding that the US government would discuss with stakeholders "on how to move forward".

Beijing still needs to formally request the right to impose that or a lesser sum in tariffs, but it would take opposition from every WTO member to block such a request.

China initially filed its case against the United States back in December 2013, taking issue with the way Washington assesses whether exports have been "dumped" at unfairly low prices onto the US market.

The use of anti-dumping duties are permitted under international trade rules as long as they adhere to strict conditions, and disputes over their use are often brought before the WTO's Dispute Settlement Body.

In this specific case, China alleged that the United States, in violation of WTO rules, was continuing a practice known as "zeroing", which calculates the price of imports compared to the normal value in the United States to determine predatory pricing.

In October 2016, a panel of WTO experts found largely in China's favour in the case, including on the issue of "zeroing".

The United States, which has repeatedly lost cases before the WTO over its calculation method, said in June 2017 that it would implement the panel's recommendations within a "reasonable" time frame.

But it failed to meet an August 2018 deadline set by the WTO's Dispute Settlement Body to bring its practices in line with the ruling.

China then requested permission to impose sanctions, prompting the WTO to appoint an arbitrator in the case to determine the appropriate amount.