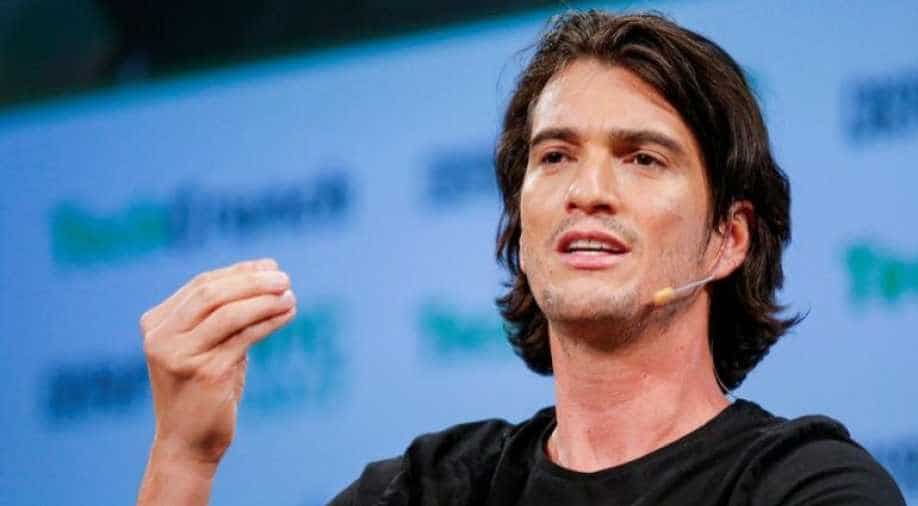 Neumann's free-whiling ways and party-heavy lifestyle came into focus once he failed to get the company's IPO underway.

WeWork co-founder Adam Neumann agreed on Tuesday to resign as the Chief Executive and to give up majority voting control, after SoftBank Group Corp and other shareholders turned on him over a plunge in the US office-sharing start-up's estimated valuation.

The decision came after WeWork's parent We Company postponed its initial public offering last week following a push-back from prospective stock market investors, not just over its widening losses, but also over Neumann's unusually firm grip on the company.

This was a blow for SoftBank, which was hoping for We Company's IPO to bolster its fortunes as it seeks to woo investors for its second $108 billion Vision Fund.

SoftBank invested in We Company at a $47 billion valuation in January. But investor scepticism led to it earlier this month considering a potential IPO valuation of as low as $10 billion, Reuters reported.

We Company had vowed to press ahead with an IPO by the end of the year. But there was little sign that IPO investor sentiment would change, threatening the value of the stakes held not just by outside investors, but by Neumann as well.

The size of Neumann's holding has not been disclosed.

What was the venture capital world's biggest upset then morphed into one of corporate America's most high-profile boardroom dramas. SoftBank managed to muster enough opposition to Neumann in a meeting of We Company's seven-member board on Tuesday to convince him to step down. Reuters had reported on Monday that Neumann had engaged in talks about changes to his role.

"In recent weeks, the scrutiny directed towards me has become a significant distraction, and I have decided that it is in the best interest of the company to step down as Chief Executive," Neumann said in a statement.

Artie Minson, currently the Chief Financial Officer of WeWork's parent We Company, and Sebastian Gunningham, the Vice-Chairman of the New York-based start-up, will become co-chief executives, the company said. Neumann will stay on the board as a Non-executive Chairman, the company added.

We Company is considering slowing its expansion so it burns through less cash and would require less funding in the absence of an IPO in the nearing team, Reuters reported on Monday.

"While we anticipate difficult decisions ahead, each decision will be made with rigorous analysis, always bearing in mind the company’s long-term interests and health," Minson and Gunningham wrote in an internal company memo seen by Reuters.

Neumann also agreed to reduce the power of his voting shares, losing majority voting control, according to the sources. Each of his shares will now have the same voting rights as three We Company common shares, not the 10 common shares previously, the sources said.

Neumann's shares used to have the same voting power as 20 We Company common shares, before he agreed to reduce his grip slightly earlier this month in an unsuccessful attempt to make the IPO more attractive to investors.

We Company said on Tuesday it was now evaluating the "optimal timing" for an IPO.

Neumann, whose net worth is pegged by Forbes at $2.2 billion, developed a cult following among many We Company employees, vowing to "elevate the world's consciousness" as he sought to establish WeWork as a brand that transcended office sharing.

While his investors were willing to entertain his eccentricities over the decade he led WeWork since its founding in 2010, his free-whiling ways and party-heavy lifestyle came into focus once he failed to get the company's IPO underway.

During the attempts to woo IPO investors this month, Neumann was criticized by corporate governance experts for arrangements that went beyond the typical practice of having majority voting control through special categories of shares.

These included giving his estate a major say in his replacement as CEO, and tying the voting power of shares to how much he donates to charitable causes.

Neumann had also entered several transactions with We Company, making the company a tenant in some of his properties and charging it rent. He has also secured a $500 million credit line from banks using company stock as collateral.

Following criticism by potential investors, Neumann agreed to some concessions without relinquishing majority control. He agreed to give We Company any profit he receives from real estate deals he had reached with the New York-based firm.

These changes did little to address concerns about the business model for We Company, which rents workspace to clients under short-term contracts, even though it pays rent under long-term leases. This mix of long-term liabilities and short-term revenue raised questions among investors about how the company would weather an economic downturn.

Neumann, 40, is not the first founder of a major start-up to be forced to step down recently. Uber Technologies Inc co-founder Travis Kalanick resigned as the CEO of the ride-hailing start-up in 2017 after facing a rebellion from his board over a string of scandals, including allegations of enabling a chauvinistic and toxic work culture.