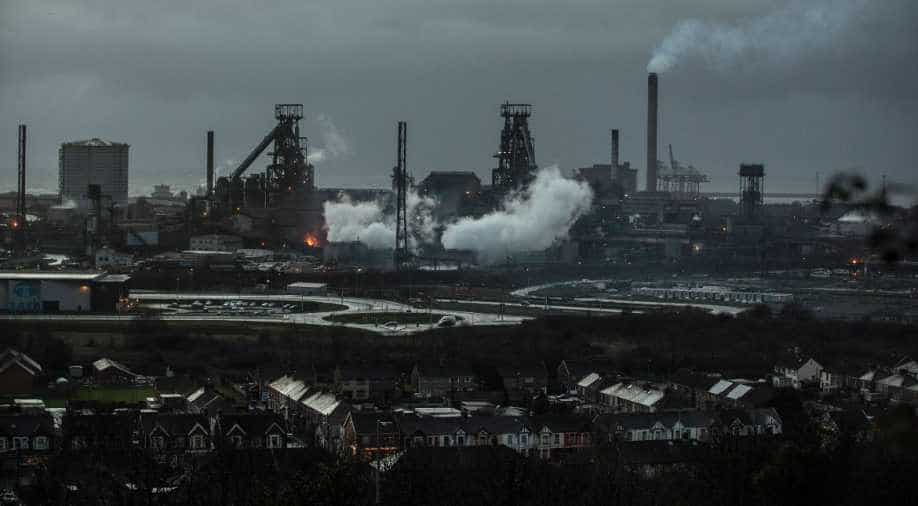 UK Steel workers' unions have given their backing to Indian conglomerate Tata Steel UK's pension plan in a bid to rescue thousands of jobs and allow a merger with German major ThyssenKrupp to go ahead.

Union representatives held a meeting yesterday to discuss the changes announced, which would see the British Steel Pension Scheme (BSPS) close to future accrual and replaced with a defined contribution scheme.

"We do not make this recommendation lightly. Nobody is saying that the proposal on the table is without issues. We fully understand the concerns of members, particularly around the British Steel Pension Scheme (BSPS)," said a joint- statement from the three workers' unions, Unite, GMB and Community which have come together as the National Trade Union Steel Coordinating Committee (NTUSCC).

"But as we have said before what you are voting on is the best outcome that could be achieved through negotiation. It is our collective view, supported by our independent experts, that this is the only credible and viable way to secure the future," the statement added.

An agreement on Tata Steel's proposed changes to pensions are essential to future investment, including 1 billion pounds at the Port Talbot plant in Wales over 10 years.

A ballot on the offer is now expected to go ahead on Monday.

The move came as ThyssenKrupp CEO Heinrich Hiesinger warned today that a deal with the Indian giant was possible only if the pensions liability is separated from its UK units.

"Tata needs to separate its pension liabilities from the plants in Ijmuiden and Port Talbot, then we can talk," Hiesinger told German newspaper 'Handelsbatt' in an interview.

"We too would like a speedy solution, but it has to be a good solution. A solution that secures the future of steel production in Germany and Europe -- and that takes time," he added.

His comments came as trustees of the 15-billion-pound BSPS warned its 130,000 members that the funding gap can rise from 300 million pounds to as much as 2 billion pounds unless more funds are injected.

In a letter to BSPS members, Allan Johnston, chair of the scheme's trustees, said that closing the scheme was a "necessary step" for it to be separated from the company.

The letter reads: "Tata Steel has told the trustee that despite recent improvements in the performance of the Tata Steel UK business, [it] remains dependent on financial support form the wider Tata Steel group and that continuing support will be conditional on a separation of the BSPS from Tata Steel."

"If Tata Steel UK is no longer able to access additional capital from the wider Tata Steel Group for continuation of business, the Trustee would have to adopt more risk-averse investment policies that are expected to produce lower investment returns.

"This means that the next actuarial valuation, as at 31 March 2017, is expected to report a deficit of between 1 billion pounds and 2 billion pounds," it said.

Once the unions have voted on a new agreement, the pension scheme would be uncoupled from Tata's UK steel business, which currently makes large payments into it to make up funding shortfalls.

The scheme is then expected to become self-sufficient.

The pension fund and its deficit were the reason that attempts by Tata to sell its UK steel business failed last year.

It has since been pursuing a merger with ThyssenKrupp.

Tata Steel has declined to comment on the latest developments.

"We are also working separately on a necessary structural solution for the British Steel Pension Scheme fund."