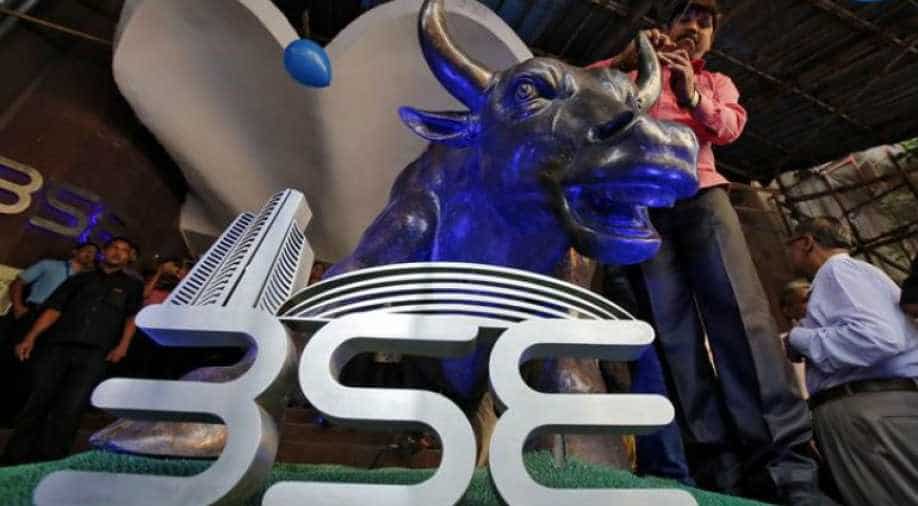 A man ties a balloon to the horns of a bull statue at the entrance of the Bombay Stock Exchange Photograph:( Reuters )

"Most of the movement on the indexes since Thursday is due to broad index-level buying in the markets because of the F&O expiry," said Tirthankar Patnaik, chief strategist and head of research, India at Mizuho Bank.

"On Thursday, major shorts were covered and longs have been rolled, so there is follow-up buying in today's session. Nifty saw 75 per cent rollover yesterday," said Miraj Vora, derivative analyst at Prabhudas Lilladher.

A higher rollover is typically a bullish sign and means investors expect gains to continue.

Consumer firm ITC, which is slated to report March quarter results later in the day, gained as much as 1.55 per cent.

"There is some profit-booking in downstream oil companies," Patnaik said.

Indian Oil Corp slipped for the first time in three sessions, falling as much as 5.2 per cent, while Bharat Petroleum lost as much as 3.3 per cent and looked set to snap three sessions of gains.

Pharma company Cipla dropped to an eleven-month low after posting a quarterly loss against analysts' expectations.