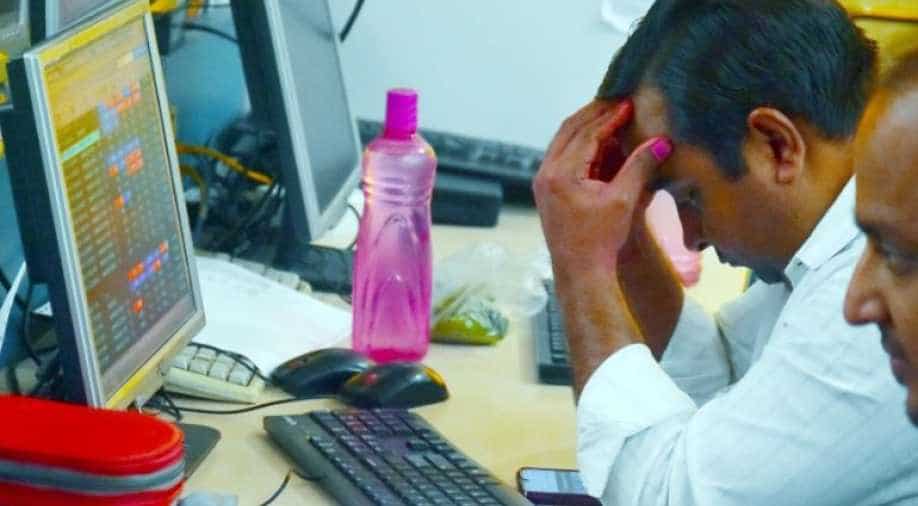 The Sensex fell as much as 1,449 points and the Nifty 50 index tumbled below its important psychological level of 14,500, the index dropped as much as 408 points at the day's lowest level.

Broader markets, smallcap and midcap indices closed over 1 per cent lower each. Buying was witnessed in Nifty IT and Nifty Metal indices.

Sensex dropped 1,449 points in the intra-day deals to hit a low of 48,581 amid heavy selling in banking, financial services, and realty counters. However, a sharp rally in the IT ahead of the March quarter results gave investors some solace and the index ended 870.5 points, or 1.74 per cent, down at 49,159 levels.

Stock prices rose to a 1 1/2-month high on Monday after data showed a surge in US employment while US bonds came under pressure on worries the Federal Reserve may bump up interest rates sooner than it has indicated.

In Asia, Japan's Nikkei rose 0.8 per cent while MSCI's broadest index of Asia-Pacific shares outside Japan slipped slightly, with China closed for Tomb-Sweeping day and Australia on Easter Monday.