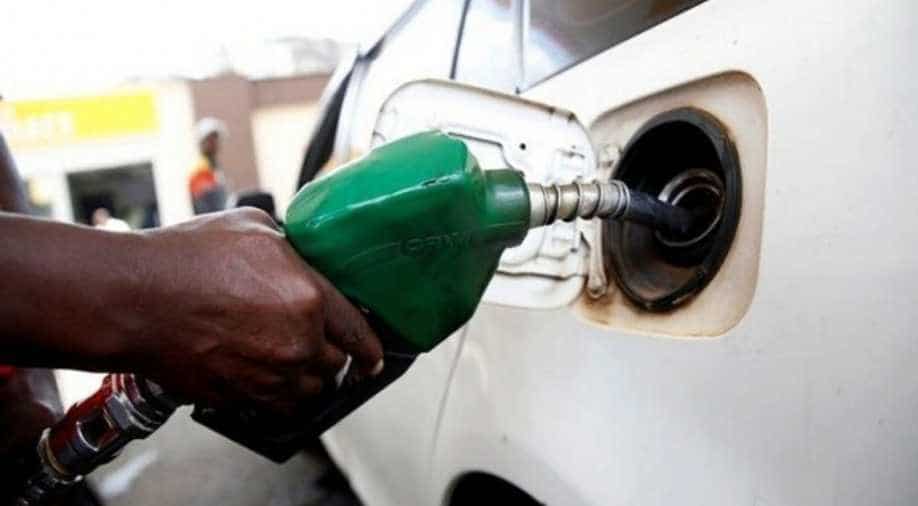 Petrol will now cost 79.76 a litre in the national capital and diesel will cost 79.40 a litre from today

Government on Tuesday once again increased petrol and diesel prices in the country.

Petrol will now cost 79.76 a litre in the national capital and diesel will cost 79.40 a litre from today.

Fuel prices in India have now been increased for seventeen consecutive days. The government has been increasing fuel prices ever since Unlock 1.0 was unveiled in early June as malls and offices were allowed to reopen.

Petrol prices have now gone up by Rs 8.50 in the last 17 days and diesel prices have been hiked by nearly Rs 10.

On Monday, petrol prices were hiked by 33 paise per litre and diesel by 58 paise. The hike in fuel prices come as oil producers sharply cut back output in May. OPEC had earlier declared in April that it would cut oil output by 9.7 million bpd from May 1 until the end of June due to falling demand.

International oil prices had edged higher on Monday amid rising coronavirus cases worldwide with fears of stalling fuel demand. Brent crude was up 48 cents at $42.67 a barrel with West Texas Intermediate (WTI) crude rising by 50 cents to $40.33.