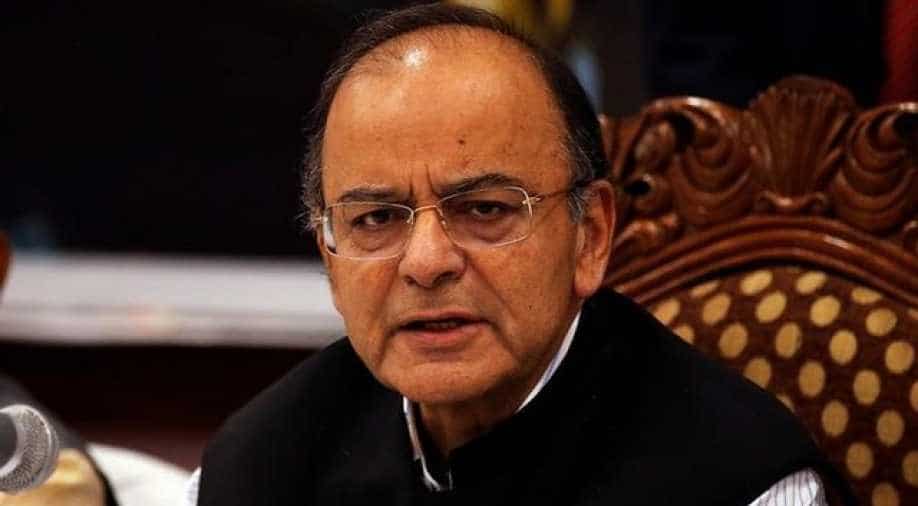 ``Bringing everything under 18% (GST) is helping those who spend on luxury items, the FM said. Photograph:( Reuters )

The government came out all guns blazing, defending the economic measures it has taken in recent years after concerns raised by the opposition on GDP growth.

Finance Minister Arun Jaitley, along with economic affairs secretary Subhash Chandra Garg and finance secretary Ashok Lavasa, gave a presentation on the economic plan charted out by the government to put India on a higher-growth track.

"There have been lot of discussions and reviews of the economy in the past few weeks within the ministry. When results of the GDP of the first quarter came out then I had said that we will be ready for the response," Jaitley said.

India has remained the world's fastest-growing large economy for the past three years, he added.

Hailing GST, Subhash Chandra Garg said it has been the biggest reform, along with others like demonetisation and the battle against black money. He then delved into the presentation, giving details about the reduced amount of current account deficit and the overall health of the economy.

Then Lavasa took over and talked about how the government is creating more jobs and has increased its public spending.

"We have launched the biggest component of road-building programme, the ?Bharat Mala programme which has been cleared by the Union Cabinet today. It will lead to building of 34,800 km of roads," Lavasa said highlighting government’s push towards infrastructure.

About 2000 km of coastal roads will be constructed in first phase of Bharat Mala, he added.

The government said a total of 83,677 kms of roads would be built over the next five years, creating "more jobs" and leading to "more growth".

The recapitalisation, Team Jaitley said, had come after a cleaning up of the banks and their non-performing assets and would encourage the banks to lend to private enterprise.

Since it came to power three years ago, the Modi government has taken many bold steps to give boost to India’s economy, like the a new tax regime the Goods and Services Tax and demonetisation. But both the decisions have been slammed by the opposition and other sections of society.

The Congress has even said that it will mark November 8, 2017 - the first anniversary of demonetisation - as a 'Black Day'.

But the government has been firm in its resolve and has maintained that these economic reforms will have positive impact in long term. Many global bodies, including the IMF, have given thumbs up to government’s reforms and have predicted bright future for Indian economy.