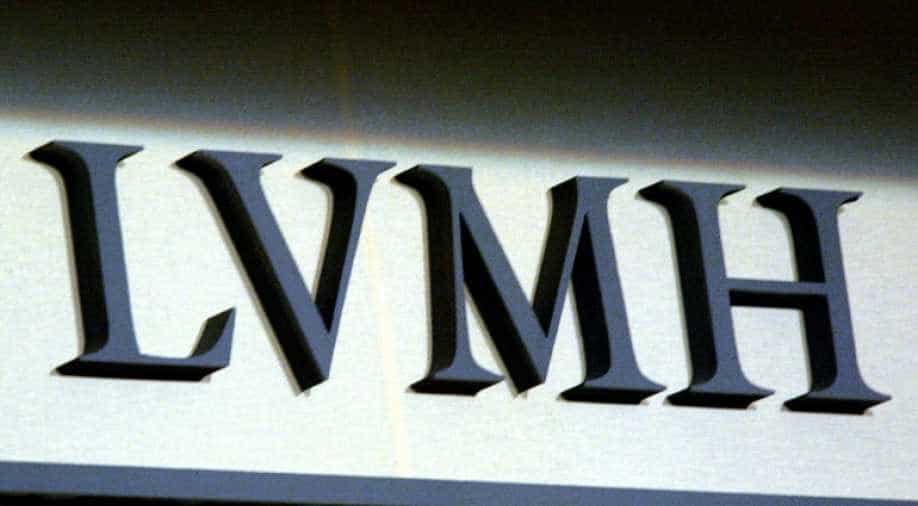 The logo of the French luxury goods group LVMH in Paris. Photograph:( AFP )

The purchase of Tiffany by LVMH would be one of the largest acquisitions by the French group, which is a world leader in luxury, present in fashion to wine, perfumes and cosmetics

French luxury giant LVMH said on Monday it was in preliminary talks to take over US jewellers Tiffany but there was "no certainty" that they would be successful.

A source close to the talks told AFP at the weekend that LVMH had made a bid for Tiffany at the start of October, but that the iconic US company had yet to respond.

Tiffany, in a separate statement Monday, confirmed "an unsolicited, non-binding proposal" from the French conglomerate, saying it was for $120 per share, which values the company at around $14.5 billion.

Tiffany's stock market value stood at $11.9 billion at the close of Wall Street trading on Friday.

The US company said there were no actual discussions going on but it was "carefully reviewing" the proposal.

The purchase of Tiffany by LVMH would be one of the largest acquisitions by the French group, which is a world leader in luxury, present in fashion to wine, perfumes and cosmetics.

Tiffany's stock was set to surge by more than 30 per cent, according to pre-market quotes, under an hour ahead of Wall Street's session opening.

This seemed to indicate that traders not only expected the bid to go ahead but that LVMH would sweeten its offer.

LVMH's Bulgari brand -- bought for $5.2 billion in 2011 -- competes with Cartier and Van Cleef & Arpels, both owned by Swiss group Richemont.

"They say diamonds are a girl’s best friend and Europe's richest man, and owner of Louis Vuitton Bernard Arnault, obviously feels that adding US jeweller Tiffany to his list of brands will prompt a similar uplift to LVMH's global revenues," said Michael Hewson, chief market analyst at CMC Markets UK.

"His attempt to put a $14.5 billion ring on Tiffany, having already added Bulgari a couple of years ago, is likely to take the fight in this sector to its closest rival Richemont, who own Cartier, and would help LVMH in gaining better access to US markets," he said.

Hewson added, however, that Tiffany shareholders were "unlikely to accept this initial bid" and could hold out for more.

Tiffany's profits and sales have been hit hard from the fallout in the US-China trade war and unrest in Hong Kong, he noted.

By Friday's close, Tiffany's share price was down nearly eight per cent from its year-earlier level.

The luxury industry is jittery, not just over the trade war but also because of a broad anti-corruption campaign launched by Chinese president Xi Jinping which has put the brakes on extravagant gifts offered by businessmen and bureaucrats.

The discussions between the two companies come after LVMH owner Arnault inaugurated a Louis Vuitton factory in south Texas alongside US President Donald Trump and his daughter Ivanka.

Tiffany's flagship New York store is next to Trump Tower on 5th Avenue.