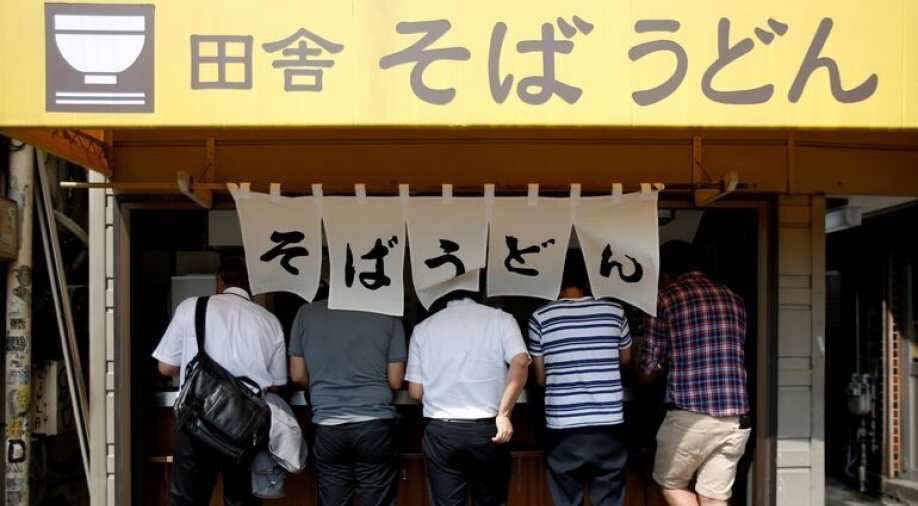 Surge pricing is common among data-driven businesses such as ride-hailing services but is a relatively new concept for most traditional Japanese firms.

After years of soggy inflation and the long reign of Japan's tight-fisted shoppers, businesses in the world's third-largest economy are adopting new methods to lift prices, from artificial intelligence to simple packaging tweaks.

Despite many rounds of stimulus, Japan's policymakers have failed to jolt households out of the deflationary mindset that followed the 1990s property crash, which meant businesses refused to raise prices for fear of losing customers.

Demand-based dynamic pricing, however, has allowed some Japanese retailers to discretely bump up prices without triggering the kind of customer backlash seen in more blatant attempts at repricing in the past.

"Previously, it was difficult to find the best prices between demand and value of each match," said Hiroshi Nagai, General Manager for fan relationships at the club.

"The most fascinating thing about dynamic pricing is that it can offer more choices to customers", Nagai added.

Dynamic pricing, or surge pricing, is common among data-driven businesses such as ride-hailing services but is a relatively new concept for most traditional Japanese firms.

Using the technology, the Marinos sold tickets for a popular seating area for a March 2 match at 7,400 Yen, two weeks before the game, but cut prices to as low as 4,000 yen to fill empty seats as the match approached.

Koji Kawashimo, a 34-year old who has been a Marinos fan for more than a decade, said he had no problem with his team adopting dynamic pricing.

Hotels are also introducing dynamic pricing in their room rates including Centurion International, which operates over 20 hotels in Japan.

"The system provides us [with] information on competitors such as the pace of reservation, which is great. It's a big advantage," said Hironobu Bun, revenue manager at Centurion International.

Economists believe that it will take more meaningful structural changes to Japan's economy to revive stagnant prices, which will, in turn, help businesses deal with sticky overheads and restore profits.

However, developments like the adoption of dynamic pricing lay the groundwork for more radical changes in how companies set prices for their goods and services.

"If dynamic pricing can change people's mindset so that they believe price can fluctuate more, there's a chance firms may be able to raise prices more easily where demand is strong," said Izuru Kato, chief economist at Totan Research.

At the same time, other businesses are looking at more cosmetic ways to drive the consumer to accept higher prices.

Japan's "gyudon" beef rice bowls have become a symbol of the country's deflation due to their aggressively low prices. But some outlets are turning that trope around by offering "premium bowls" with better-quality meat for more than double the standard price.

The 500,000 "sukiyaki" beef rice bowls offered by fast-food chain Yoshinoya Holdings Co in August were sold out in about two weeks - much faster than the company had expected - despite a price tag of 860 yen per bowl, double that of a standard dish.

"The customer response has been good. If they see value in it, they would pay even if price is a little higher," said Yuji Terasawa, a spokesman of the company.

While such tactics seem to work, they take careful planning and preparation. Fast Retailing Co Ltd, whose budget clothing chain Uniqlo boomed during the country's deflation era, learned the hard way when sales slumped after it raised prices in 2014.

In contrast, discount barber chain QB House earlier this year raised prices for a 10-minute haircut to 1,200 yen from 1,080 Yen, explaining it was needed to increase salaries to secure better-trained barbers.

While the hike triggered a 2 per cent decline in customers from the previous year, the drop was much smaller than the company's projection of a 6 per cent fall.

"The price of a haircut is still lower than other places," said Kazuaki Mimura, a 34-year-old employee of a service-sector firm.

"I'm willing to accept a hike of a few hundred yen because the service here is quick and my haircut is done properly."