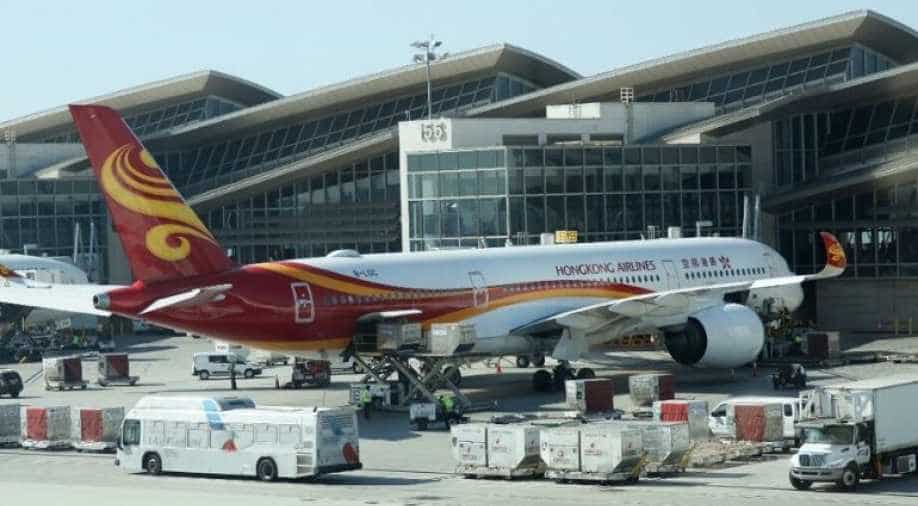 Hong Kong Airlines was struggling financially even before months of anti-government protests led to a plunge in visitors to the Asian financial capital.

Hong Kong Airlines, controlled by cash-strapped Chinese conglomerate HNA Group, must shore up its financial position by December 7 or risk the suspension or loss of its licence, a Hong Kong air transport regulator said on Monday.

The Air Transport Licensing Authority (ATLA) said in a statement that it attached new conditions to the licence of the city's second-largest airline, requiring it to raise money and maintain certain cash levels.

It said if the conditions are not met, a decision on whether to suspend or revoke the airline's licence will be announced by December 7.

Hong Kong Airlines said in a statement posted on its website it is actively communicating with shareholders and other stakeholders to meet the new requirements from ATLA as requested.

"Our operation is still running normally and we remain committed to flying our passengers to their destinations safely," it said.

The airline is not publicly listed and does not disclose financial data, but in April, it told shareholders that it needed at least HK$2 billion ($256 million) in fresh funds or it would lose its operating license.

The carrier told them at the time it had lost HK$3 billion in 2018 and an infusion was crucial, according to people present.

Hong Kong's Transport and Housing Board said in a separate statement on Monday it met with the airline on November 27 and expressed "grave dissatisfaction and deep concern" that the carrier's financial position had not improved.

Several airlines have collapsed in 2019 because of financial problems, including India's Jet Airways Ltd, Britain's Thomas Cook and Iceland's WOW.

Hong Kong Airlines was struggling financially even before months of anti-government protests led to a plunge in visitors to the Asian financial capital.

"As weak travel demand resulting from the social unrest in Hong Kong has continued to affect our business and revenue, Hong Kong Airlines has reduced its capacity and flights in the coming months as well as further consolidated its network under the challenging business environment," it said in its statement.

The airline said on Friday it would further reduce capacity, suspending flights to Vancouver, Ho Chi Minh City and Tianjin.

On Saturday, the carrier said on its website that its in-flight entertainment system would be out of service until further notice.