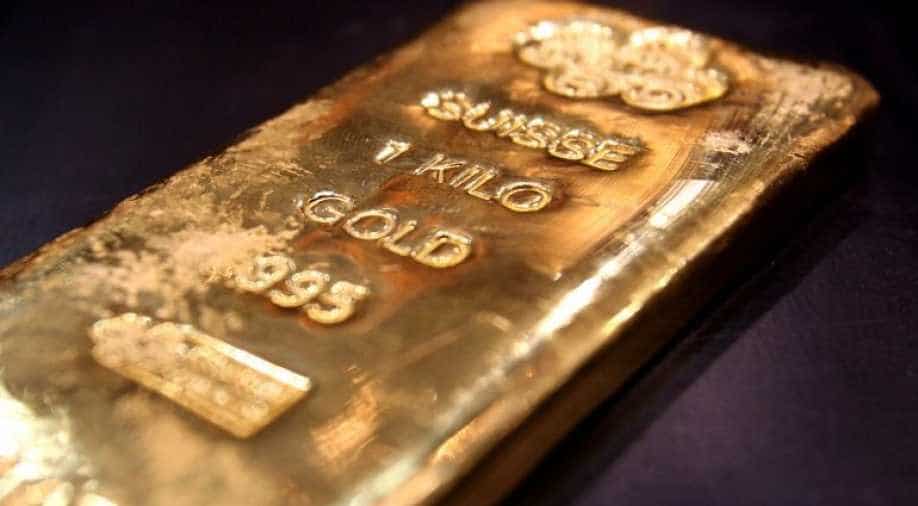 Concerns about the coronavirus outbreak in China keep the safe-haven bid in gold and the dollar alive. Photograph:( Reuters )

Gold prices rose to their highest in a month and a half on Tuesday, as soft economic data out of the United States and concerns about an interim Sino-US trade deal lent support to the safe-haven bullion.

"The weaker US economic data is starting to show up ... there are still concerns that the current level of tariffs will continue to weigh on the US economy as we enter into 2020," said Stephen Innes, a market strategist at AxiTrader.

Adding to concerns, Canada's economy unexpectedly shrank by 0.1 per cent in October, the first monthly decline since February, partly because of a US auto strike that hit manufacturing.

Gold is considered an alternative investment during times of political and financial uncertainty.

On the trade front, investors awaited further developments on the Phase 1 deal between the world's top two economies.

"We are still not 100 per cent clear if the 'phase one' deal will go through or not, it has not been signed yet ... we then pivot to 'phase two' that suggests you need some gold, because we don't know what the next phase is all about, how contentious of a deal that is going to be," Innes added.

Gold was on track for its best year since 2010 with a 16 per cent gain, mainly due to the 17-month tariff dispute that has roiled the global financial markets.

Even as Beijing and Washington have taken steps to defuse their dispute, they diverge on a slew of issues, including anti-government protests in Hong Kong and the treatment of Muslim Uighur minority.

Asian shares and US stock futures darted in and out of losses on Tuesday as the holiday lull offset optimism of a trade deal.

Trading is expected to be subdued in many financial markets ahead of the Christmas holidays.