Gold climbs to three-month high, poised for best year since 2010 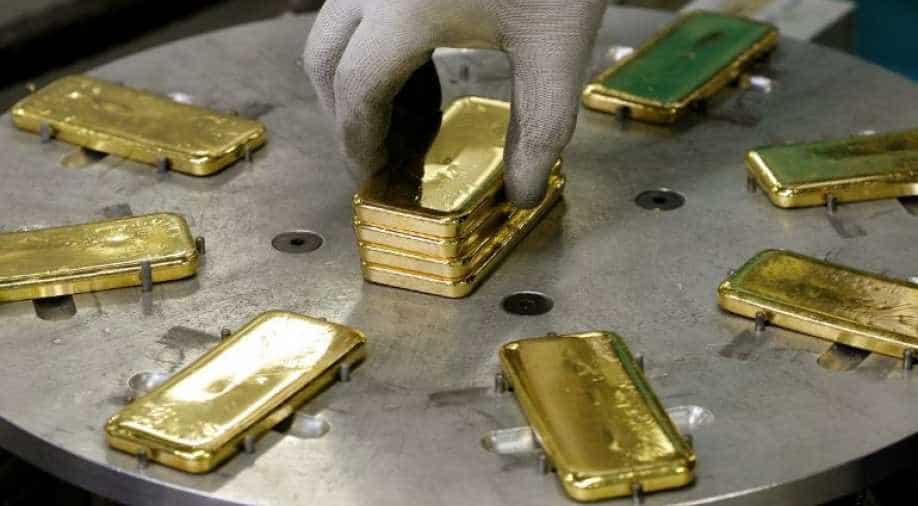 Palladium has been the biggest gainer among precious metals for the year 2019.

Gold prices jumped to their highest in more than three months on Tuesday on a weakening dollar, with the metal on track for its best annual show in nearly a decade, while palladium leapt towards its fourth straight yearly gain.

Bullion has gained nearly 19 per cent in the year, its biggest since 2010, mainly driven by a tariff war between the United States and China, which triggered monetary policy easing by major central banks.

"One of the main drivers behind gold's gain is the weakening in the dollar," said Margaret Yang Yan, a market analyst at CMC Markets, adding prices also rose on year-end bargain-hunting.

The dollar slipped against a basket of rivals, making gold cheaper for holders of other currencies.

"However, the upside is kind of limited because quantitative easing or rate-cutting cycle has come to an end for now and we don't see a possibility of any rate cuts in 2020," Yan said.

On the trade front, a Phase 1 deal is likely to be signed next week, White House trade adviser Peter Navarro said on Monday.

"With liquidity much reduced in Asia, there is some potential for gold to spike higher on low volume with some risk hedging added into the mix," said Jeffrey Halley, senior market analyst, Asia Pacific at OANDA, in a note. "The next resistance is at $1,535 an ounce."

Speculators raised their bullish positions in COMEX gold contracts in the week to December 24.

Elsewhere, palladium rose 0.3 per cent to $1,913.02 per ounce. Plagued by sustained supply deficit, the auto-catalyst metal extended gains into a fourth straight year.

Prices have jumped over 51 per cent so far this year, the most since 2017, which would make palladium the biggest gainer among precious metals for the year.

Palladium, used mainly in catalytic converters in vehicles, rose to an all-time peak of $1,998.43 on December 17.