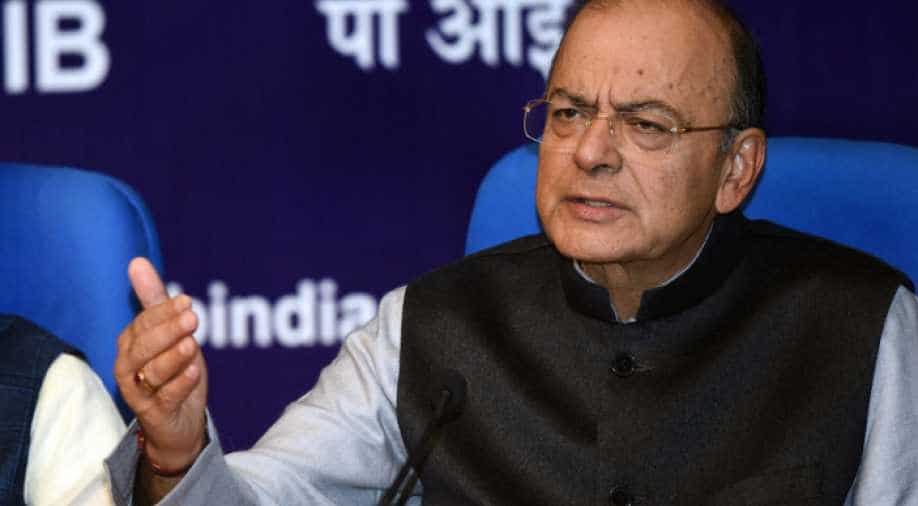 On the question of funding for the "Modicare", the minister said it was mainly an operational detail and that it would be funded by the government.

On corporate tax, the finance minister asserted that companies are paying less than 25 per cent in corporate tax, saying that out of the 6 lakh companies, 5 lakh, 93 thousand companies have been covered under the tax net. In effect, covering the entire gamut of small and medium companies.

The 7,000 big companies are out of it, he added, saying they won't always be out of the net since it was part of the roadmap.

The finance minister pointed out that the 7,000 companies actually availed all the exemptions and still payed 22 to 23 per cent tax.

The exemptions will gradually be done away with, he said.

He said the services sector is doing well, even though manufacturing was looking weak for a few months.

The weak spot was the agricultural sector, he said. It posed the greatest challenge, the finance minister added.

The finance minister said the Ujjawala Yogana has been successful so increasing the budgetary allocation was needed, adding that his government's healthcare scheme was the centerpiece of the Budget.

The minister said out of the 25 crore families in India, the bottom 10 crore family which constitute 40 per cent of the population will benefit from the new healthcare plan.

"The poor families will now have an insurance card and can go to any hospital and show their card to avail health benefits," he said.

"We can make this scheme universal, then the world will have to acknowledge that whether Obamacare became successful or not, 'Modicare' can definitely be made successful," the finance minister said.

On the question of funding of "Modicare", the minister said it was mainly an operational detail and that it would be funded by the government.

"The healthcare plan is a major step in ensuring social security of the country," the minister said.