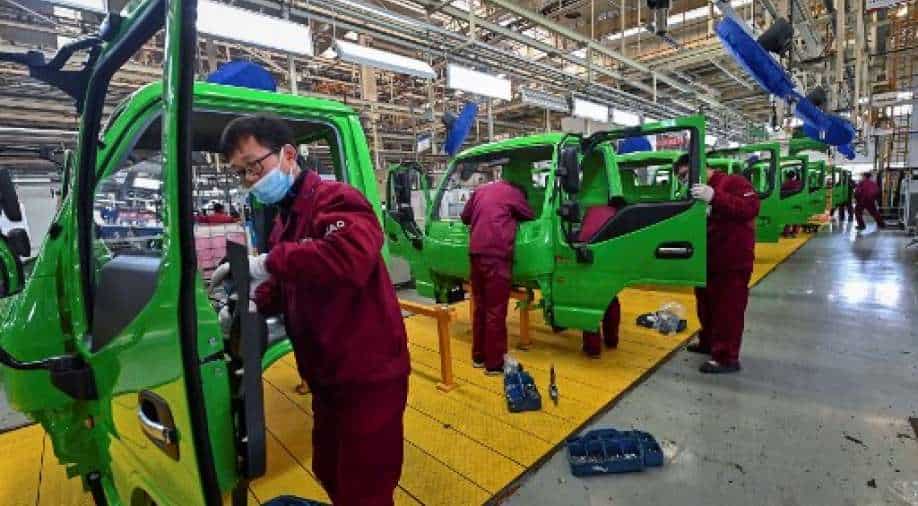 China's state-run Global Times quoting a top official of the machinery industry federation reported that the country's car production would be down by 2 million units due to the shortage of chips.

Global Times while quoting the executive vice president of the federation reported that "software, special raw materials and precision instrumentation" including industrial sensors which rely on imports will also be hit due to "natural calamities and man-made misfortune."

The Chinese newspaper informed that country's auto sales and production fell for "five consecutive months" between May to September.

The chip shortage could also impact other sectors including the manufacturing of mobiles, home appliances and computers, it informed.

The US government had earlier blacklisted China's biggest chipmaker Semiconductor Manufacturing International Corp (SMIC) over security concerns. SMIC recently announced it will open a semiconductor plant in Shanghai after announcing plans to build smaller semiconductor factories in Beijing and Shenzhen.

Reports claimed Apple was unlikely to meet its production target due to the global electronic chip shortage.

Amid the global chip shortage, Taiwan's TSMC had said earlier it was working to address the global semiconductor shortage and was taking "unprecedented actions" even as US commerce secretary Gina Raimondo had said last month "it's time to get more aggressive".

Raimondo however added that there is "no quick and easy fix" while cautioning that the problem may spill into next year.